50 Cent amps up his attack on Jeezy after Verzuz.

Gucci Mane and Jeezy’s Verzuz set a new record with close to two million views and created history when the two decided to bury a 15-year-old hatchet. All impressive accolades poured in for the latest Verzuz but still enough for the professional troll, 50 Cent, who was not impressed.

The “Get Rich or Die Trying” singer shared his two cents on the battle, including the fact that he thought Jeezy needed to man up. The virtual battle took place at the strip club Magic City in Atlanta last night, Nov. 19, and 50 Cent’s comments come from the shared opinion by many fans that Jeezy should have been more aggressive after Gucci Mane played “Truth.” The track deals with an extremely sensitive matter as it’s about Gucci killing Jeezy’s friend Pookie Loc many years ago. 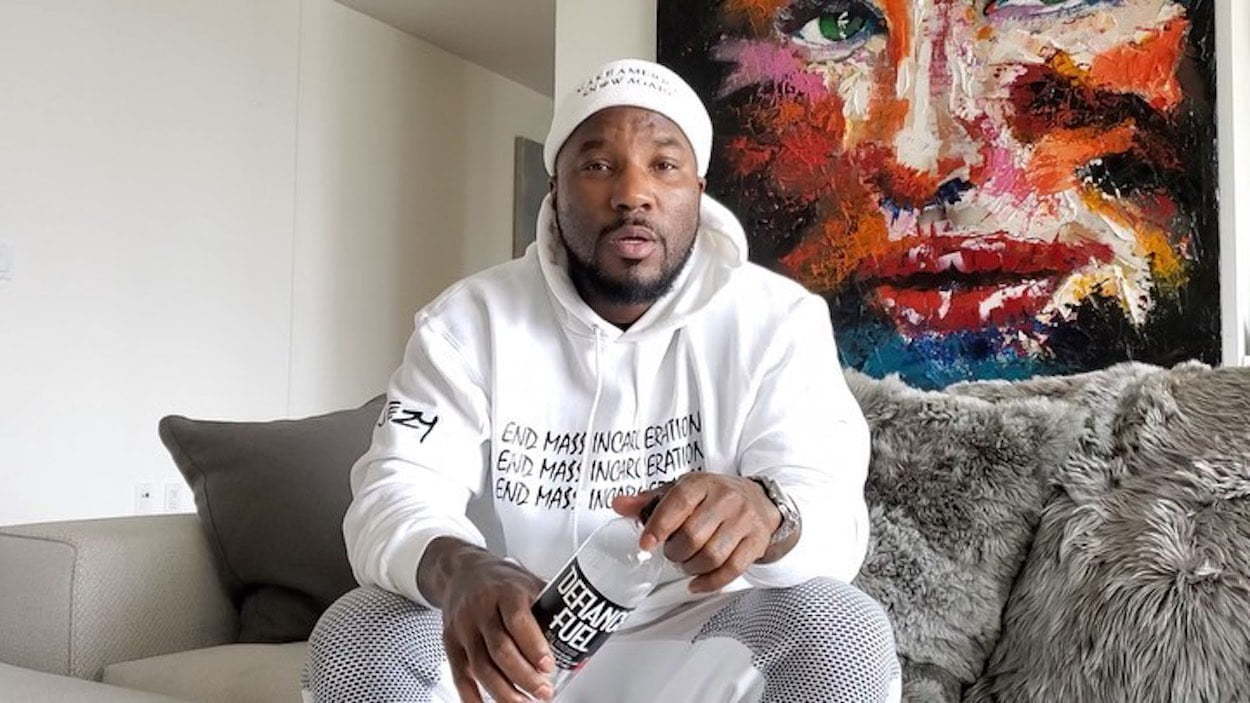 Jeezy took the high road and decided to attempt to talk about finding common ground and advocating unity in rap, which did not sit well with fans. Fifty echoed the sentiments expressed by 21 Savage, who also made fun of Jeezy for taking a mature approach to the song being played.

Of course, Fifty has a personal grouse against Jeezy after his song “Therapy for My Soul,” which dropped earlier this week, took aim at Fifty and basically called him a poser in the streets, and Jeezy also implied that 50 Cent was broken and borrowing money from friends.

Fifty used Twitter to share, he said: “Oh sh*t, LMAO 21 Savage was right, that boy booty.” He posted his thoughts alongside a clip of the moment.

His fans had mixed feelings about the song choice. “We knew that was coming so the wow factor ain’t there… the anticipation was on the response from Jeezy… he delivered.”

“Truth be told, if you are a real man, start by apologizing first @Jeezy to @gucci1017.”

Fans seemed a bit more concerned about if the 50 Cent vs Game Verzuz battle would happen.