Ari Fletcher and Moneybagg Yo have dropped some hints that they’re expecting their first child together.

Ari Fletcher and Moneybagg Yo sent tongues wagging on Monday as it appears that the couple is expecting. Fletcher appeared in photos as if she had what looks like a pregnant stomach as the two boarded separate jets. In a video, she also referred to Moneybagg as “daddy” as she pointed that one of the jets was for him and the other is for her. “This for daddy and this one is for mee,” she says in a silly voice.

The rumors have been swirling since January that Fletcher might be pregnant, but there has been no concrete evidence that she actually was pregnant. However, in September, she said she didn’t know if she was or was not pregnant as she didn’t take a test. Since that time, though, the influencer and IG model has been seen publicly drinking alcohol and smoking. She even had plastic surgery recently.

Fans are not convinced she is pregnant. One person reacting to the video said, “the shirt just big she’s not pregnant.” “She was just in the club drinking liquor and red bull she not pregnant,” another said. 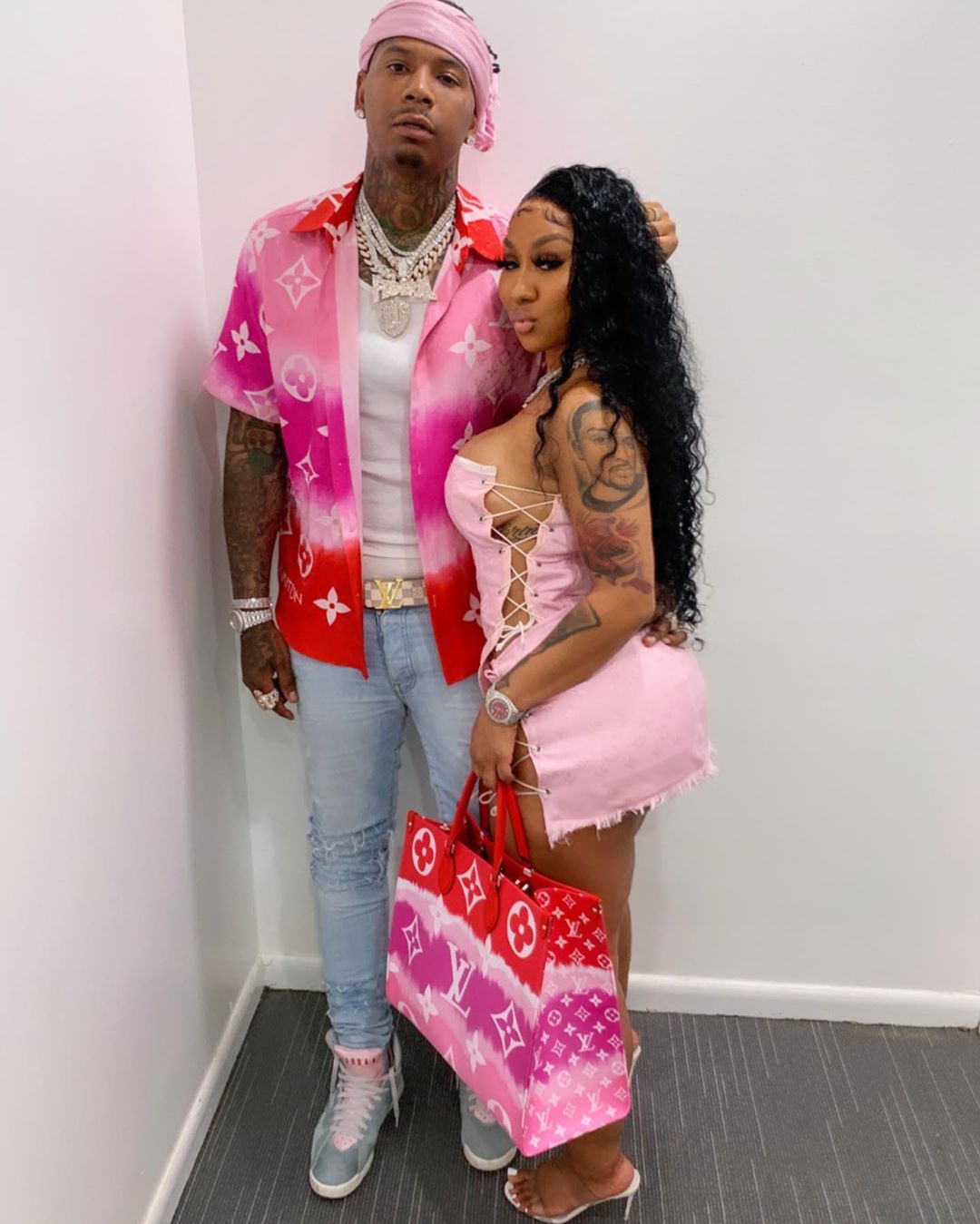 Fletcher is the mother of two-year-old son Yosohn who she shares with ex-boyfriend rapper G Herbo. Fans, though, think that Fletcher was appearing to start the rumor since her ex G Herbo I also expecting a baby with fiancée Taina.

“Now because g herbo having one,” “she pregnant now that gherbo about to have a baby.”

Late last year, G Herbo was arrested for racketeering, and in his application for bail, he stated a ground for having his freedom until trial – as one where he needed to travel as his fiancée was expecting. Not only was it bombshell news that he was engaged to Taina but also that the couple was expecting a baby. Ari is said to be one of the main witnesses testifying against Herbo in that case.

Meanwhile, fans on social media have called for Savage X Fenty to fire Ari as a model after she threatened the best friend of Nicki Minaj- Rah Ali to “beat the baby out of her,” after Ali, a reality TV star, shared a post on Twitter alluding to the emotional meltdowns that Ari was known to have especially regarding her relationships.