Bob Marley’s music has perhaps never been more relevant than in 2020 amid a global pandemic as well as racial and social unrest.

In a year that seemed filled with gloom as the deadly coronavirus continues to wreak havoc globally and large inequalities in the way races are treated in the United States have been once again highlighted and inflamed, there have been a few glimmers of hope. One of the brightest beacons of hope has been the 12-part series being created to celebrate the life and influence of one of the greatest musicians and singers, Robert Nesta Marley, better known as Bob Marley. His message of hope and equality has continued to inspire generations even after four decades since his passing in what would have been his 75th year of life.

Still widely regarded as one of the most influential musicians to live, each installation of this series continues to evoke feelings of triumph and positivity. Part seven in the YouTube documentary, which is called Legacy: Freedom Fighter, which was released on November 2, is no different and again sheds light on the mystifying personality that was Bob Marley and his affinity for equality.

This documentary, narrated by Public Enemy’s Chuck D, starts with one of Marley’s famous quotes: “You change if you change from Babylon to Rasta, but you can’t change from Rasta to anything. When the truth awaken in you, you can’t do anything but accept the truth,’ an apt way to open this part of the legend’s legacy.”

As it opens, Marley’s song “War”, a converted speech of Emperor Haile Selassie, is heard as visuals of the unrest caused by the murders and targeting of black Americans fill the screen. The poignancy of the song is only disturbed by the fire in the voice of Mary Hooks, a co-director of Southerners on New Ground and a co-founder of Black Lives Matter Atlanta, who has been on the ground with protesters calling for equality in the US.

“The truth is crashing to the earth, and people have been watching and witnessing and have committed to themselves that the next time this thing happens, I wanna do something different about it,” she said. Showing just how long racism dates back, a vintage clip of celebrated civil right leader Malcolm X is also played to highlight just how long people of color have been fighting for equality. Marley’s music always seemed to target what he called oppressors, and the message has resonated with a new generation of freedom fighters.

Dr. Glen A. Griffin, Psychologist and Professor of Critical Thinking and Social Justice, shared that he believes that even Marley’s love songs were political. “This I think was particularly the case with Redemption Song,” he added. He went on to say that the song created a new way of thinking and that it showed black people that to be truly free is to love one’s self.

His sentiments were shared by everyone who was interviewed. The commonly shared theme being that the singer always stayed true to his cause and true to himself. Something that they believe is what has inspired so many free thinkers now willing to fight for their rights. Yandy Smith, entrepreneur and entertainment manager, sums it up nicely when she said: “I think of liberation when I think of Bob Marley’s music. I think of a person who constantly fought to be free, free mentally, free from enslavement, free from just the western religion. Free in every aspect of life.” 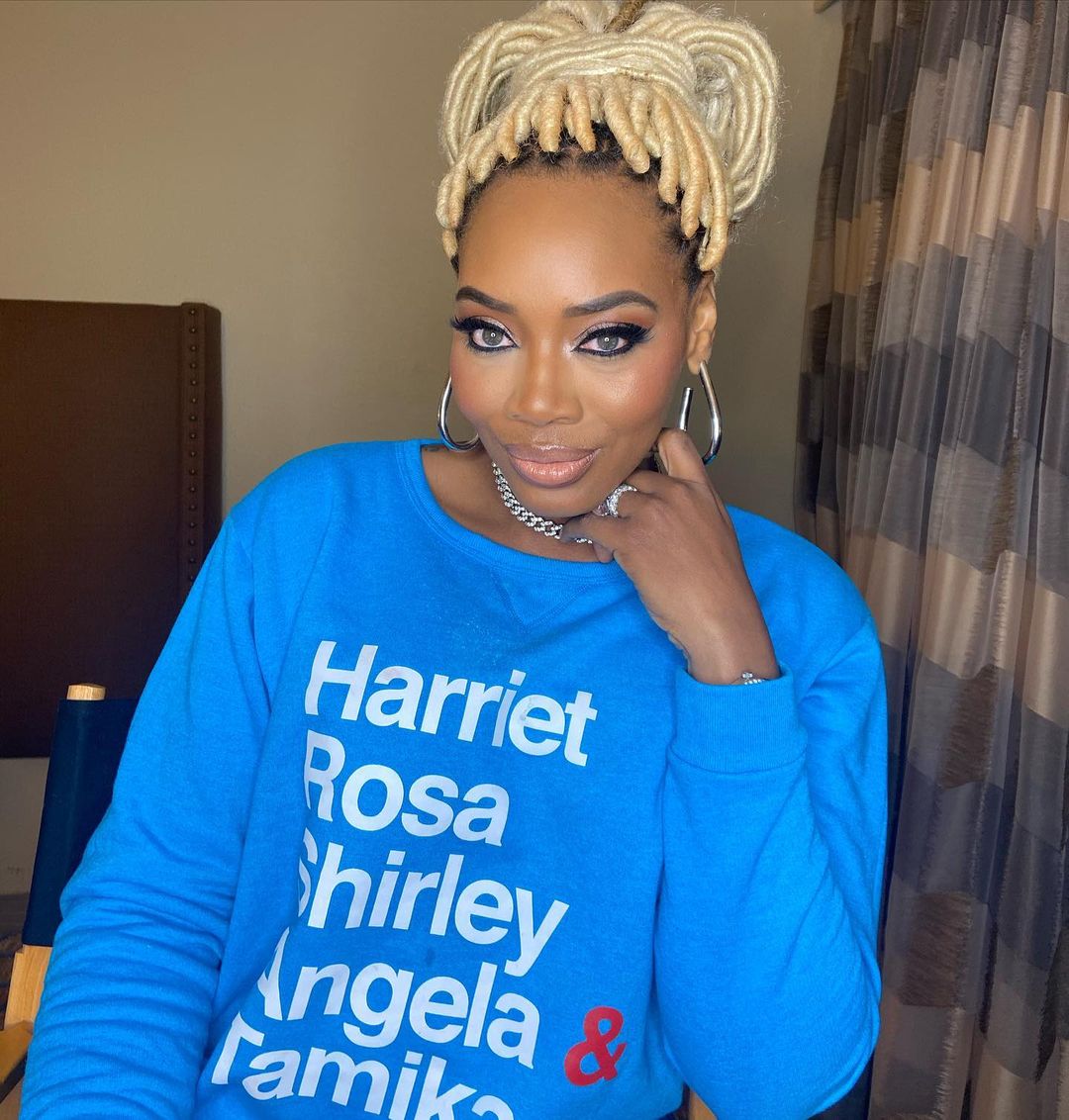 Even though the world watched as Americans protested, many knew that racism exists around the world. The documentary shows how Marley’s music serves as a bridge and communicator for black people around the world fighting for equality and, more importantly, their freedom from a system that seems to fight against them at every turn.

His son Ky-Mani Marley explained that even though his father’s music has become synonymous with freedom movements, he believes that what he really wanted was unification, not separation or simply black vs white. “From the legacy, where we come from, my father was really about one love. I don’t think he had thoughts on African Americans different from white Americans. Even though it (his music) was about black upliftment, it’s not speaking of separation, we’re speaking of upliftment and still togetherness,” he said.

Marley’s vision for black people of the world was that eventually they would be given the unequivocal “right to live.” Something that has been once again highlighted following the murders of George Floyd and Sandra Bland. However, the push towards equality for blacks began in the 1970s, and Jamaica was at the forefront of black thinkers and leaders who emphasized the need for people to escape mental slavery. Something that Marley stood for which is why one of his most famous quotes, which was taken from another freedom fighter, Marcus Garvey, another Jamaican born freedom fighter, is, “Emancipate yourselves from mental slavery, None but ourselves can free our minds.”

It’s a lyric that still stands today and is applicable for so many around the world struggling with mental slavery. Marcus Garvey’s role is also explored in the upliftment of black people and inspiring generations of artists, including Marley. Movements like the Black Panthers also sprang up as black people became more aware for the need for equality. 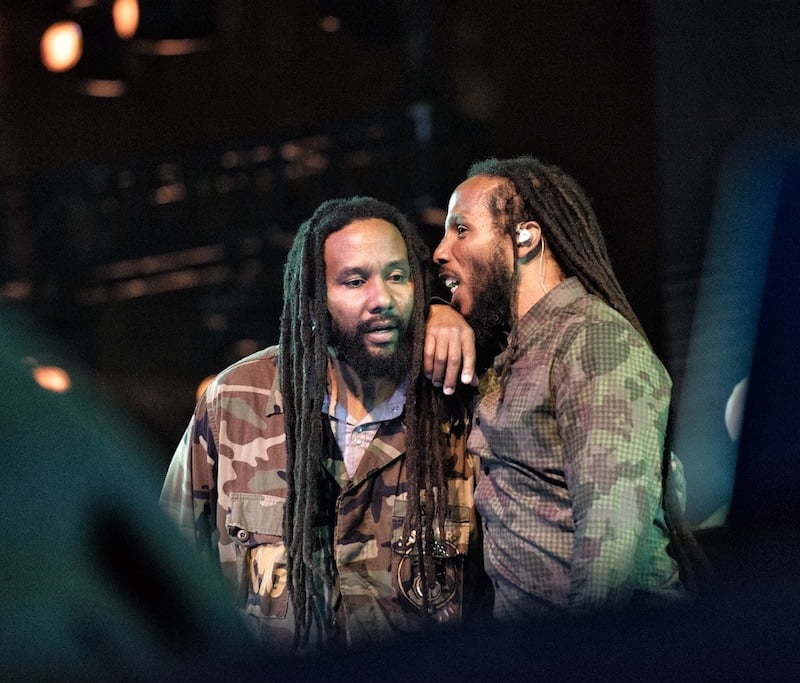 As Ziggy Marley interviews various people, like Neville Garrick, Art Director of Tuff Gong, it’s clearly evident that Marley identified with the Panthers and hoped that his music would be used to encourage similar feelings of positivity within black people. His influence extended into the era beyond the Panthers and into a period of the 1980s known as America’s War on Drugs, which produced a high number of black inmates throughout the US including people like Ferrel Scott who was given a life sentence for marijuana possession. Marley’s music seemed to help him keep going while serving his injustice.

Once again, the documentary returned focused on the trials of African Americans and the recent violence meted out towards them. LL Cool J is also featured saying a powerful poem about the inequality of racism and the feelings of anger because of the killing of George Floyd. The entire system that has been established in the US needs to be reviewed and probably redone, according to the various speakers in the documentary.

Olu, a member of American hip-hop duo EarthGang, said after hearing and receiving Marley’s message, he was hooked. “What Bob Marley was talking about expanded generations. It was like an age-old thing in a spiritual language that I never heard before with anybody’s music,” he said. The group performs their remix of “I shot the Sheriff” to pore raising images of the civil rights movement since being recorded in black and white to present day. The documentary ends with a stirring classical rendition of “Redemption Song,” as the issues that the current Black Lives Matter is facing is once again highlighted, which includes being branded looters instead of people standing up for fundamental rights. As the series goes on, Marley’s unmistakable message of freedom and hope continues to be explored in detail.