Boosie Badazz underwent surgery, but it appears his leg will not have to be amputated, despite recent reporting.

Boosie Badazz has undergone two surgeries after he was shot, but his injuries aren’t lie threatening as the rapper is already home from the hospital. TMZ reported that their sources say there was no amputation, contrary to earlier reports. He did have a couple surgeries for a gunshot wound he suffered. Sources say that the surgeries were to remove bullet fragments, and he had some screws put in to ensure the leg heals properly.

The rapper, who suffers from diabetes, was said to have faced a possible amputation because of the disease. However, sources say the fact that he had diabetes had nothing to do with the decision to have surgery, except in relation to his pre-surgery diet.

There was a specific need for his diet to allow him to be able to stay under anesthetic. Diabetics normally need to eat at particular times because their sugar levels drop, which can be detrimental.

Urban Islandz previously reported that Boosie was shot in the leg over the weekend in Dallas, just days after his friend, Mo3, was killed there last week in a fatal shooting. 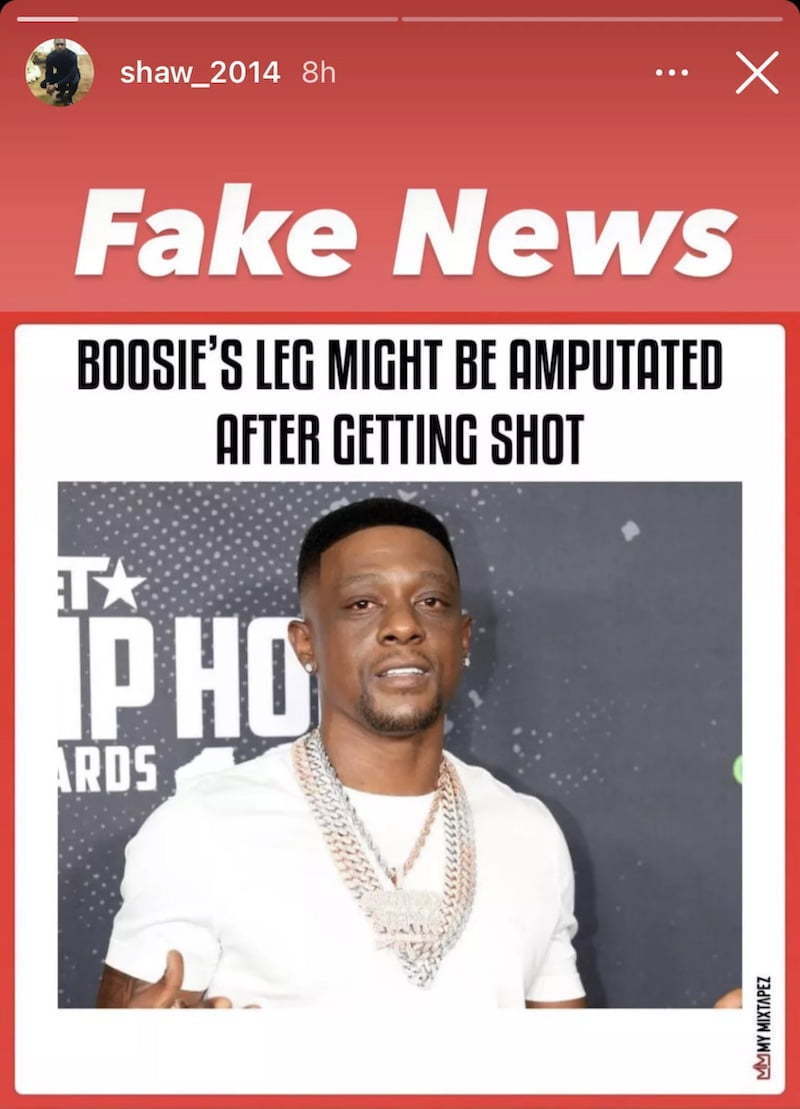 Boosie Badazz’s manager also refutes the claims that his leg would have to be amputated in a post on Instagram story that says, “Fake News.”