City Girls rapper JT is clapping back after fans accuse her of getting plastic surgery.

JT has become the latest celebrity to be accused of modifying her features with cosmetic surgery. With the popularized trend now commonplace in Hollywood, fans assume that the majority of celebrities have had a job or two done. Recently, they accused the City Girls rapper of getting a nose job after photos surfaced of her old mugshot from when she was a teenager.

The rapper, of course, looked different from her adult self which is only natural, but some fans believe that it wasn’t simply an organic evolution but rather that JT had some work done on her face. She has since slammed the accusations online with receipts denying that she has ever gotten any plastic surgery whatsoever. According to JT, the old mugshot that is being used as evidence against her has no merit, and she insists that her skin has just gotten better. 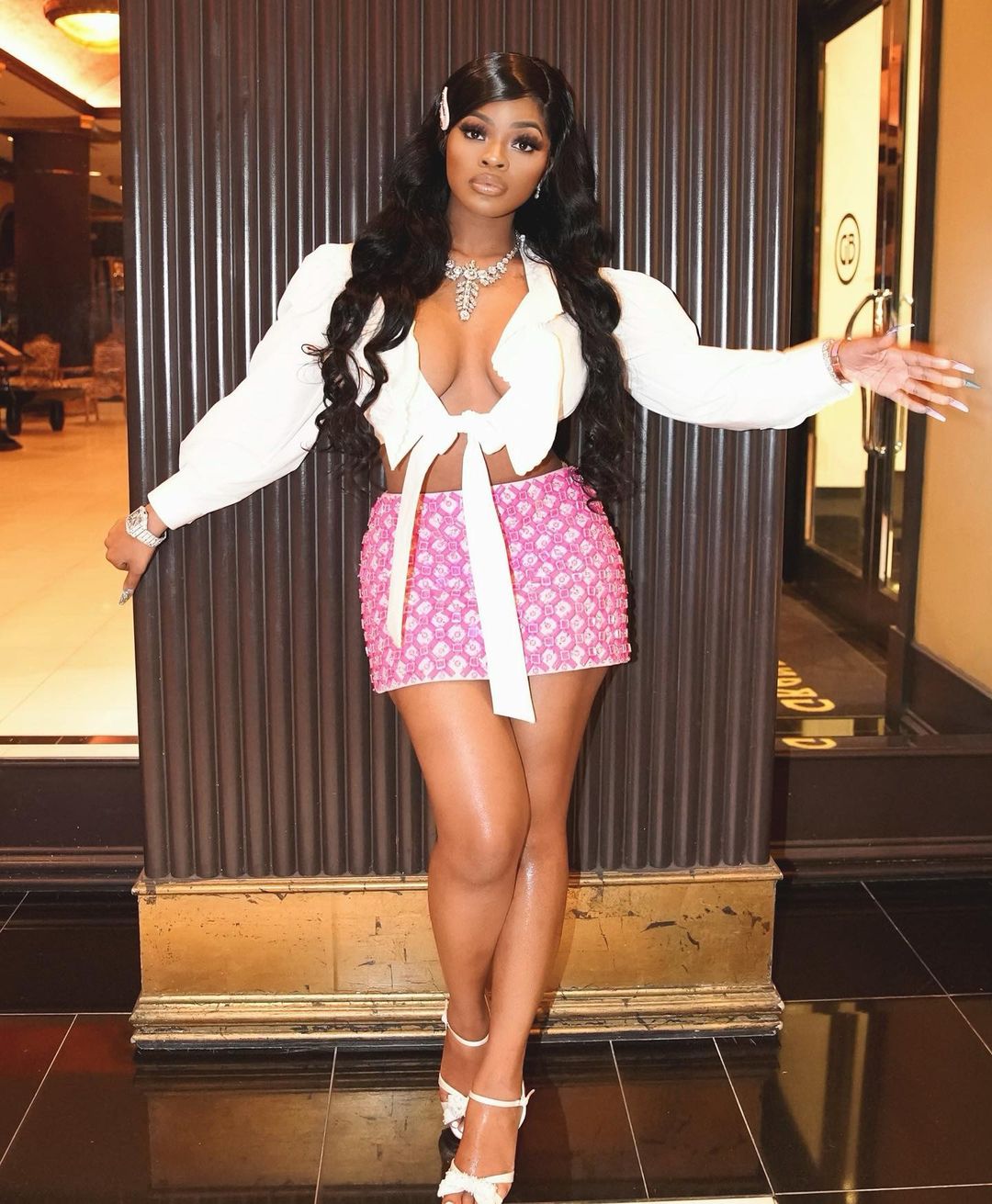 The rapper posted a side-by-side photo of the mugshot and a recent photo of herself without any makeup on. “I never had any surgery,” JT wrote on her Instagram Story. “Please leave my chubby puberty acne mug shots alone. I was a young lost teenager in Florida sun with bad skin! Now I’m grown paid & polished… get over it.” The contrast between the photos actually shows that not much of her features have changed after all.

Fans began to concede and gushed about the world of a difference that skincare makes. “Skin care is essential will change your whole face!!” a well-liked comment read. “‘Remember… You aren’t ugly… just broke..’ should be the caption,” another supporter jested. Some naysayers came under attack when they still claimed that the rapper had some work done on her face even though the photos were basically replicas. “It legit looks the same in both pics tho,” one fan responded. Others discussed the rapper’s complexion seemingly being lighter now than before which could also be attributed to that Florida sun.

Take a look at the shot JT shared below and be your own judge.