Khago sounds the alarm as he plans to sue more dancehall producers for unfair business practices.

“Nah Sell Out” deejay Khago seems dead set on dragging more music producers before the courts after his big win over Kemar “Flava” McGregor in the US courts. The dancehall artist was just awarded over $763,000 settlement via a countersuit he filed against McGregor over copyright breaches. Although we may not have heard much from the artiste in the past few years, he has started to hit out at a few local-based music producers and is already gearing up to get his next set of litigations in motion.

Entertainment Report caught up with the artiste recently at his Manchester home. He did not mince words when he named out the music producers who will face the music. Among the names he called are Seanizle, Not Nice, Jordon McClure, DJ Frass, DJ Sunshine, and GT Taylor. He told host Anthony Miller, “Mi a guh sue Seanizzle, mi a guh sue Jordan, mi a guh sue DJ Frass. Mi neva meck dolla outta mi hit song dem. Mi did jus waan done wid dah one deh first (Flava McGregor’s case).”

“Mi tell dem how long call mi wife and call and talk to mi manager, because a 10 year now mi do Naw sell out Mi fren Dem,” Khago said. “A di biggest song fi di decade; nuh mek nobaddy fool yuh enuh. An Missa Miller, how yuh fi take mi song dem an mi neva yet get dolla, an a act like a your own. Is not your own, is ours.”

The aggrieved entertainer further expressed his disgust that after voicing on a rhythm, the producers told him that the song was not his. 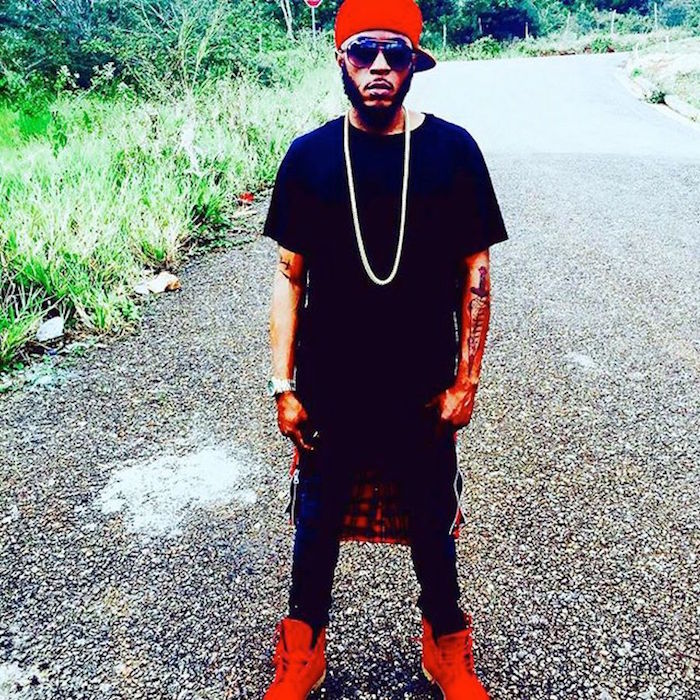 Khago, however, now seemed to have gained some insight and knowledge on his rights when it comes to his music and is using his newfound wisdom to reclaim what is “rightfully his.” During his interview with Anthony Miller, Miller made suggestions that would imply Khago should have been a bit more mindful of what was happening. He quickly responded saying, “Him shouldn’t put out mi ting! Yuh don’t put it out den. Or yuh nuh teck everything fi yuhself. Wi a si some different man pan mi song a seh 25 percent fi guh to him. Who gi yuh dat rights?”

Khago also touched on his recent win with the McGregor case. He, however, did not call it a win but feels that justice had finally been granted. In February, a South Florida court awarded the artiste monetary compensation for his albums “Spirit,” “Walk A Mile,” and “Dancehall Soca.” He is set to receive US$300,000 for copyright infringement, $99,568.59 for tortious interference with business relationships, US$298,705.77 in punitive damages for tortious interference with business relationships, and US$65,352.00 in reasonable expenses and his attorney’s fees. All of which amounted to a total of US$763,626.36.

McGregor had reportedly sued Khago for fraud, breach of contract, defamation of character, and copyright infringement in 2018. However, Khago’s team filed a countersuit. It has been years now that Khago has maintained that he was not getting his share of the pie as it relates to royalties and publishing rights. Back in 2017, he did an interview where he highlighted this. It is good to see that current artists appear to be more conscious of what is taking place on the business side of the industry, with quite a few not just getting involved in the music but also seeking to learn the business of music.

In a separate interview recently, Likkle Vybz, son of incarcerated dancehall act Vybz Kartel, also highlighted the reasons why artists should learn the business of music.