DaniLeigh Finally Speak On DaBaby Dating Rumors, Says “It Is What It Is”

DaBaby and DaniLeigh are still leaving us in the dark about their possible relationship.

Late last year, DaniLeigh choreographed DaBaby’s music video for “Bop” and romance rumors have followed them since. They escalated when the pair collaborated on the song “Levi High” that came out in March. When the Latin singer was asked about said rumors in April, she dismissed them, claiming that reports have always linked her romantically with whichever male artist she had collaborated at the time.

This fire gained a little more fuel when DaBaby’s baby mama, MeMe, alleged that DaniLeigh had blocked her on Twitter and that the “Easy” singer is obsessed with her, despite DaniLeigh claiming that MeMe is just bored and needs to get a job. 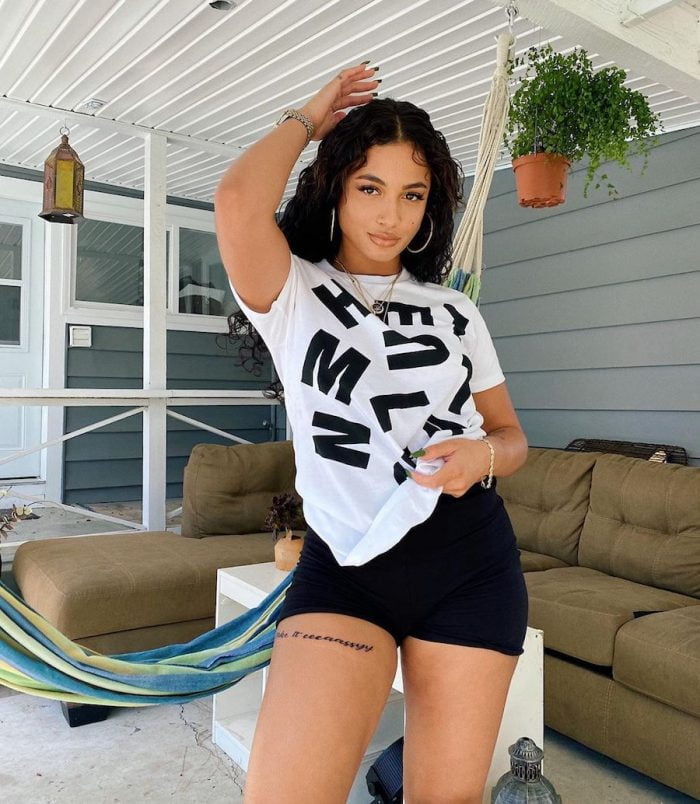 Over the past few weeks, DaBaby and DaniLeigh have both been quarantining and posting photos and videos on social media for their respective followers. However, some skilled detective work by those followers has found similarities in the backgrounds of those posts, determining that the “Levi High” pair are isolating — together. In a new video interview with Power 105.1, DaniLeigh was once again asked about those rumors linking her to the “Rockstar” rapper. “I mean it is what it is,” she simply said.

“I already know you post something, people just gon’ catch on I guess, so,” she continues. “I don’t know, it is what it is. I don’t really care.” The statement is not really a confirmation, nor a denial either. Though, the 25-year-old continued to say that she has to date someone who understands her lifestyle and that it is cool if they have similarities in what they do, making it look likely that she and DaBaby are indeed hooking up and stacking up during this quarantine period.

#PressPlay: #DaniLeigh said “it is what it is” when asked about being quarantined with #DaBaby ? (?: @power1051)