I Waata’s alleged baby mama surfaced online weeks after he apologize to his girlfriend Pretty Pretty for cheating.

Dancehall deejay I Waata has managed to secure a wonderful crop of fans for himself in 2020, with many praising him not just for his musical talents but for being a loyal partner to fellow industry member Pretty Pretty. Legend has it that they have been dating for over a decade, with their relationship commencing when they were just 15 years old. Sadly, things are not too peachy in the land of Pretty of I Waata following the revelation that the deejay now has a child with another woman.

Ironically, the news reached the public on I Waata’s birthday. The deejay’s longtime girlfriend shared a photo of her beau under which she proudly confessed her love and admiration for the success they have managed to acquire. Along with being a prominent dancer for Team Spice, Pretty also launched her career as an artiste through her debut single “Buzzy,” which features her dancing partner Rebel.

The issue took place after Pretty’s birthday shoutout was rivaled by that of a blue-haired female who posted an image of herself, I Waata, and their 3-month-old baby. The post immediately caught the attention of the public, with many unconfirmed sources stating that the female has been linked to the deejay for years. According to fans, they were previously spotted at the hospital some months ago. 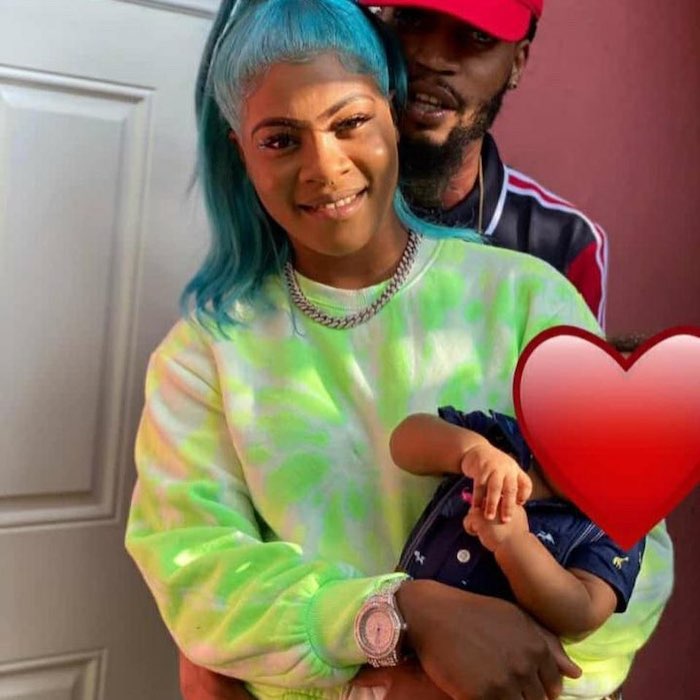 Fans are simply taken aback by the recent development and are questioning what exactly caused the relationship to go sideways. As mentioned by one masked wearing source, the main instigator in the deterioration of the relationship between Pretty and I Waata is Rebel. The source mentioned that the two female dancers have had sexual encounters in the past without I Waata’s approval. These claims have not been confirmed, but during the recent falling out of Team Spice, Rebel hinted that she was indeed intimate with someone within her circle.

Nonetheless, the “Cut Off Jeans” deejay took to social media to issue an apology to his common-law wife while calling for reconciliation.

He said, “nuh matter what happen u ago always be fimimimi an this is not a media thing u deh deh fimi b4 me even have a name nuff f**kry me do an u look over dem an me rate an respect u 1000% Mimi knw u feel cut up an hurt but me knw fi sure we can fix this sorry fi bring u down pon d media like this still bby but nah watch r listen d crowd me see bigger Dan we f**k up an dem fix back dem life cause NOBODY NUH PERFECT.”

It is unclear if the couple is now back together, but the dancer/artiste hinted that she would not be taking any additional disrespect going forward. By the looks of it, Pretty is turning her negatives into positives as she continues to promote her new single, “50 Shades Of Red.”