When Intence released his hot new song “Aids Test” on February 2nd, some fans were not fully sold on the track. However, when “Aids Test Episode Two” premiered today, this sent a whopping number of fans and bloggers running back to part one to connect the dots. So much so that the video has racked up over 971 thousand views. It is well on its way to that million views milestone, and it is currently number 4 on YouTube’s trending list. The artist, alongside producer Country Hype, has left fans whirling from all the drama and excitement from the tracks. One also cannot go without mentioning that the video was shot and edited by #KD876Visuals.

Part one of the song details the Yengboss’ sexual encounter with a female without using protection. This left him worried sick that he might have contracted an STD. In the opening scenes of the video, you can see the artist engulfed in a conversation with his friends where he recounts a night he had sex with a female. He explained that he started having sex, but the condom broke, and while that would have deterred many, he continued as he was captivated by how sexy this vixen was.

A few days after the steamy encounter, he was hanging out with his friends when she strolled by. Pretending as if he did not know her, he told his friend he liked her but was instantly met with the rumors that she had an STD. While they jokingly tried to name the STD they thought she had, the artist was shaking in his boots as he knew he would potentially have contracted whatever it was she allegedly had.

After much worry and concern, he decided to do an AIDS test and is relieved when the results return negative. The song ends with the artist feeling confident and ready to get back to where he left off, as he encounters the sexy vixen once more, but there was more to come! 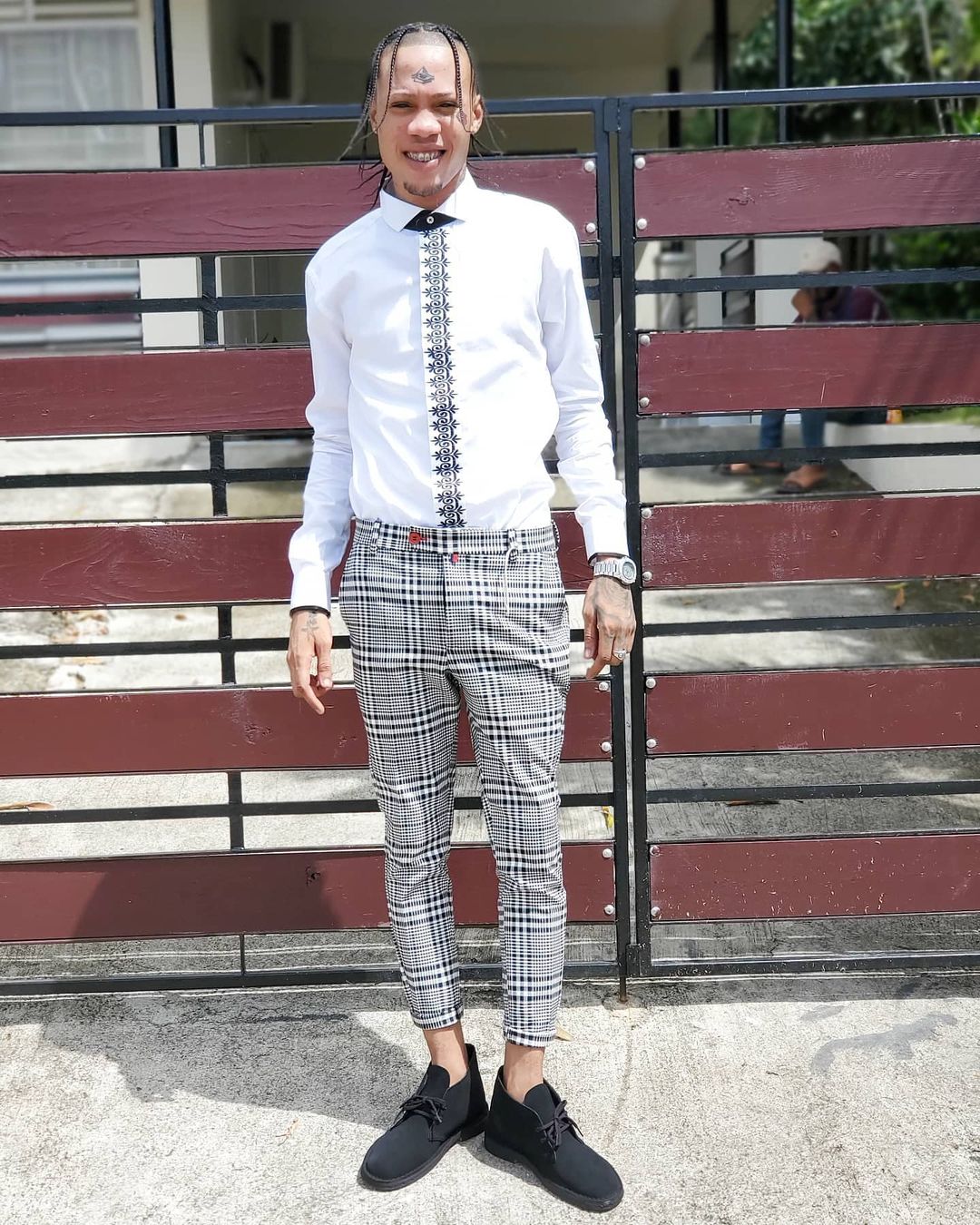 Upon the release of “Aids Test Episode 2” today, fans were quite shocked as no one expected its release just days after the first edition. The opening of the clip lets fans know that six months have gone by and we are reunited with the Yengboss once again dealing with the aftermath of his sexual encounter with the sexy vixen.

The big shocker is that the woman is now pregnant, and the child she is carrying is for none other than Intence. He once again sits among friends and divulges his dilemma concerning the female. He expresses that although she has a husband, she refuses to give him the child, which has caused the husband great distress. The leading lady is very crafty as she demands large sums of money from the artist to maintain her expensive lifestyle. As if that wasn’t enough, he then receives a call from the doctor he had visited in part one for a follow-up AIDS test.

The artist, who was completely fatigued and stressed out, described his state of mind as “dark like the basement.” He was reflective and regretful about his less than smart decision to have unprotected sex and drove his point home deejaying, “every ghetto yute practice safe sex, p***y nah go kill mi dat mi did hear seh.”

It was not over for him, though, as he got one last hooray when the doctor called him to explain that it was a mix-up that leads to the second call, and he was, in fact, in the clear. Infuriated by this error, the artist did not spare any words when telling her his mind.

Fans are praising the musical styling of the song and the exceptional visuals. One impressed fan also likened it to Govana’s “Hamants Convo” series, exclaiming that they cannot wait for AIDS Test Episode Three. For many, Govana brought something fresh and new to the dancehall scene with his wicked man, Chris saga. Fellow artiste Ding Dong has also gravitated to this story-telling style with his latest songs “Stray” and “Stray Pt Few.” This may be just the beginning of a new era in the genre.

The important message in both the Yengboss’ songs is that one should practice safe sex at all times, and many can say that they can relate to the scenario represented in the tracks.