Jay-Z is auctioning off a rare bottle of cognac and “truly one of a kind it is.”

The rap mogul made the announcement in a statement on Thursday (Feb. 25) that he’s teaming up with D’usse Cognac to auction off a rare D’usse 1969 Anniversaire Limited Edition bottle. The luxury diamond decanter has a 24-karat gold foil around its neck and is reportedly valued at $10,000. It also comes in a leather box with Jay-Z’s engraved signature. The rapper intends to auction off the first bottle from the collection and forward the proceeds to his Sean Carter Foundation.

In his statement, Jay-Z explained what an honor it was to partner with D’usse Cognac on this and how excited he is to finally share the limited edition bottle. The billionaire hip-hop titan came across this treasure when he was in Cognac, France, with D’usse Cognac’s cellar master, and they decided to reserve it for something special. “When our Cellar Master, Michel Casavecchia, discovered the aged liquid at the Château de Cognac and explained how truly one of a kind it is, it was important to me to honor it by doing something that would celebrate its singularity,” Jay-Z explained.

“Once that barrel is emptied, there’s no way the liquid can be recreated,” he continued about the gem. “The whole process behind the 1969 Anniversaire collection reminded me why I got involved in the spirits industry in the first place — to create something that will stand the test of time. It means a lot that we’re finally able to share the D’USSÉ 1969 Anniversaire Limited Edition with the rest of the world, and we’re proud to auction the first bottle in the collection with Sotheby’s to benefit the Shawn Carter Foundation.” 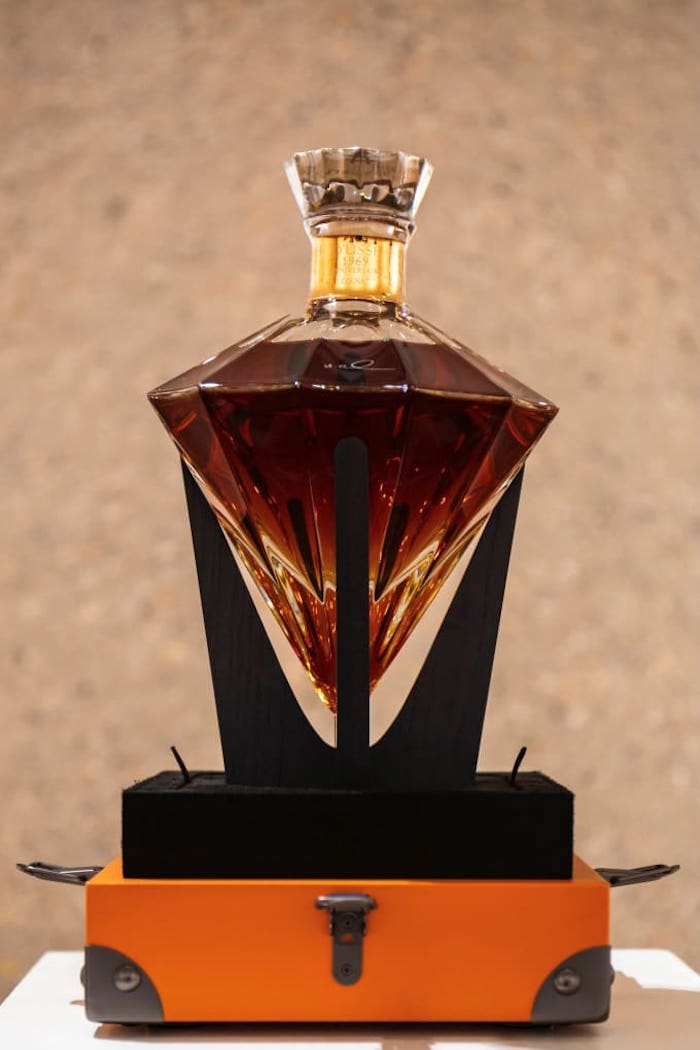 The bid for the first bottle will commence on Monday (March 1). The highest bidder will receive the rare leather-encased, gold-foiled, 750ml diamond bottle of 1969 cognac on March 13 at the Sotheby’s Finest & Rarest Spirits auction. Then in May, the remaining bottles will sell in stores across the country at a suggested retail price of $10,000 each.

The proceeds from the auction will benefit the Sean Carter Foundation’s effort to support college alums with entrepreneurship workshops and in their professional development.