Jayda Cheaves has broken her silence after she was arrested in Montego Bay, Jamaica, on suspicions of gun possession.

The Atlanta Entrepreneur and Instagram model, who is also the mother of a child for rapper Lil Baby, was reportedly arrested on Monday (September 27) afternoon in Jamaica as she tried to make her way back to the United States.

According to several news outlets, Jayda Cheaves, who also goes by Jayda Wayda and Wayda, was on the island on vacation for her 24th birthday. However, she was detained Monday afternoon by members of the Jamaica Constabulary Force (JCF) along with members of her entourage after they attempted to leave the island. Two guns were in their possession, which led to them not being able to leave Jamaica.

Sources within the JCF say that the team which flew into the island via private jet on Friday were only detected carrying the guns as they wrapped up their vacation and were leaving when the two 9mm pistols were found in their possession.

Jayda has been sharing her Jamaican vacation with a number of posts showing her going rafting, partying, going horseback riding, and sunbathing near the Caribbean Sea.

Days before coming to Jamaica, Jayda had shared a video online of herself strutting in black shorts and carrying a Chanel bag on her wrist while she had her gun in her hand pointed to the ground as she walked quickly for the camera.

Police sources told Urban Islandz that the weapons are licensed in the United States but not in Jamaica hence why Jayda and her friend were taken into custody. We’re told that they brought the gun into the country last week when they flew down from Atlanta via a private jet.

“We ascertain that the two weapons were license and registered in the US, but not in Jamaica which is where the problem arise,” police told us. 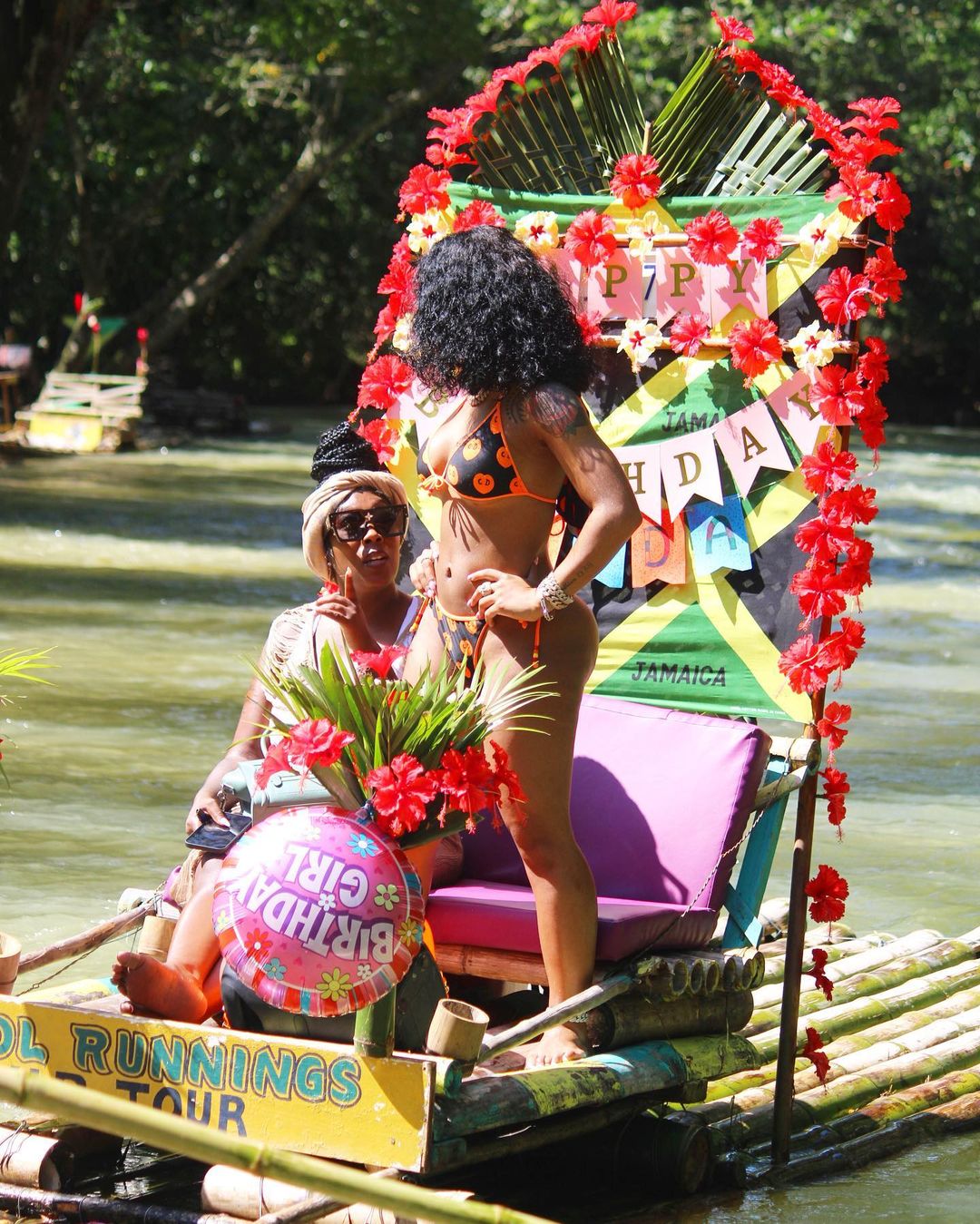 It’s apparent that the Instagram Model and her friends were not searched prior to entering the island, which has a high rate of gun-related crimes and murders and has been named among the top five deadliest countries alongside Colombia when it comes to gun violence.

The police confirmed that Jayda and her friends are being interviewed by the St James police in the presence of their attorneys.

Meanwhile, Jamaicans online reacted to the news of her arrest as many recalled her buying her gun and walking around with it un-holstered.

Meanwhile, fans are reacting to the reports on Twitter.

lmaoo jayda keep it on her pic.twitter.com/YCfOqW6Z6f

Lil baby getting Ready to go bail Jayda out in Jamaica ? pic.twitter.com/su3vkx0WNt

Me waiting for lil baby to pop up in Jamaica & surprise Jayda Wayda for her birthday… pic.twitter.com/qSg5eTA2Hq

Jayda Cheaves detained for guns. Weapons are licensed in the US but were taken to Jamaica without authorization.

Lil baby on his way to Jamaica with Jayda’s bail pic.twitter.com/PSh11hsuPx

Waydamin not me hearing that Jayda in jail in Jamaica pic.twitter.com/VgYXitww7G