Beyoncé’s fans are far from impressed with Jennifer Lopez’s performance at the 2020 American Music Awards.

This year’s show was a little different thanks to COVID-19, but some parts of it seemed eerily familiar… Jenny from the Block and Maluma, who are starring together in the upcoming rom-com, Marry Me, hit the stage in a sultry performance of their tracks “Pa’ Ti” and “Lonely.” J.Lo appeared as sexy as usual as she belted out the tunes and executed a scorching chair dance routine, but it wasn’t all praise as viewers noticed a few too many similarities to another award show performance by a different powerhouse female.

Back in 2014, Beyoncé set hearts racing as she and husband Jay Z performed their single, “Drunk In Love,” in a dissolution that was so sensual that it had some viewers lodging complaints that it was too risqué for a family show. The routine involved Bey sporting a sheer black outfit, wet-looking hair, and showing off her dancing skills with a chair. It is thus easy to see why the Beyhive has called out the “On the Floor” singer for copying their queen. 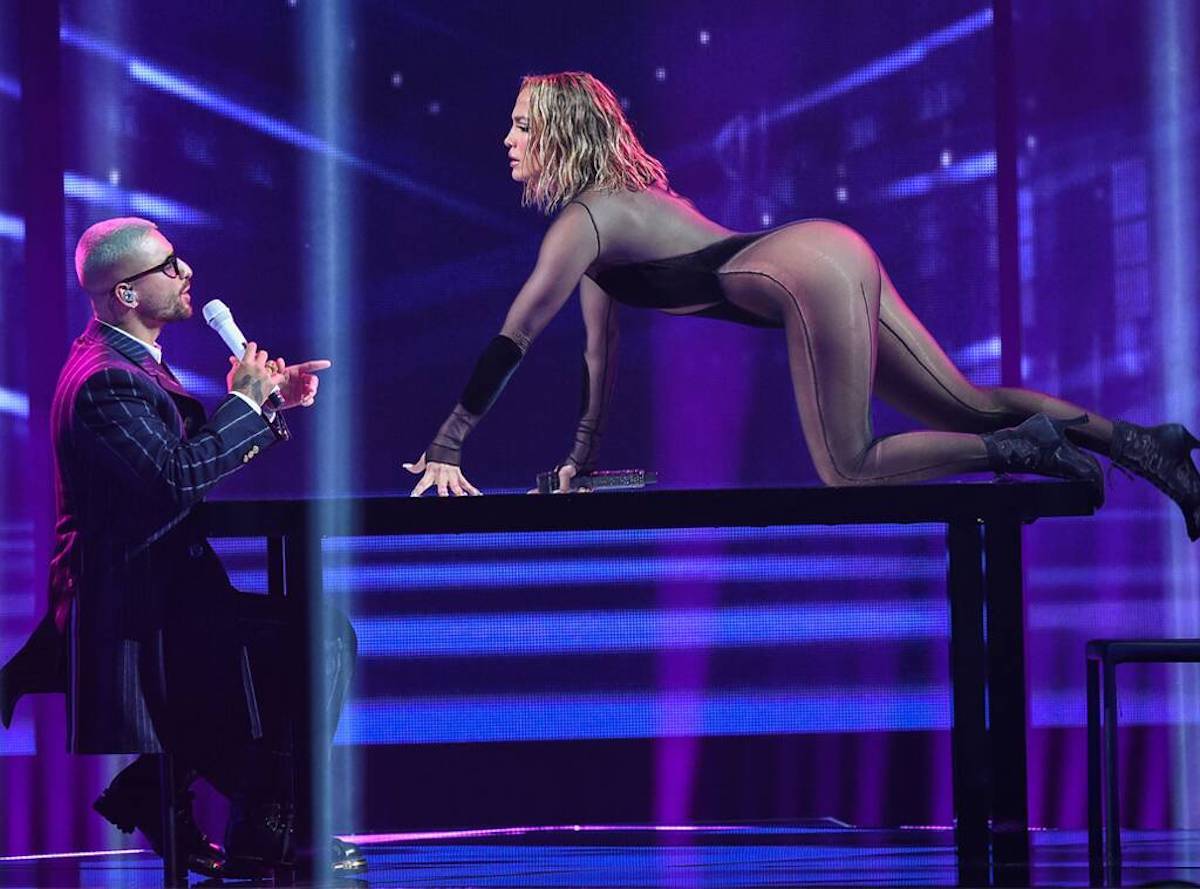 “J.Lo copied Beyoncé’s 2013 AMAs performance and no one can tell me otherwise,” wrote one Twitter user. “She did the hairstyle, the poses, the outfit, the attitude… Hell she even did that pre-recorded live s*** too. I’m sorry but Queen B has to sue.” Another said, “So I’m not the only one who was like ‘But wait….’ Love J Lo and she totally gave us #Beyonce at the 2014 Grammys.”

Neither Jennifer nor Beyoncé have commented on the clear similarities, but perhaps the performance could be categorized an homage to the “Lemonade” singer. After all, they say imitation is the sincerest form of flattery.