Jesse Royal says his sophomore album is on the way and his new single with Vybz Kartel, “Rich Forever,” is now out.

It’s not a collaboration you’d expect, but it’s one that has been forged to show true unity and a message of hope. That’s how reggae star Jesse Royal has explained his latest single, Rich Forever featuring Vybz Kartel. The song comes from his anticipated sophomore album Royal, which is expected to drop on June 11th, 2021, by Easy Star Records. The single dropped on April 16. This single is the third release from Jesse Royal‘s upcoming album.

The other two previously released singles are Lion Order featuring Protoje and Natty Pablo. In a statement, Royal explained that the collaboration was created to try and unify both artists and people across both genres in an effort to help listeners understand how to be “forever royal.”

“Rich Forever is a divergence from identifying with the degradation dispersed for generations by them and those who oppose reality and simply put, it is a conversation about restoration of our royalty and reclaiming dignity,” he further explained.

The beat for the track was produced by rising star iotosh, who also produced the beats for Protoje’s “Deliverance” and “Self Defense” as well as Jaz Elise’s “After 3” featuring Mortimer. The second album follows along the same line as Sean Paul’s recent delivery, Live N Livin, and focuses heavily on collaborations in the industry. Among those who appear on the album include Protoje, Kumar, and Ghanaian afrobeats artiste Stonebwoy. It’s been four years since his first album was released which was called Lily Of Da Valley. 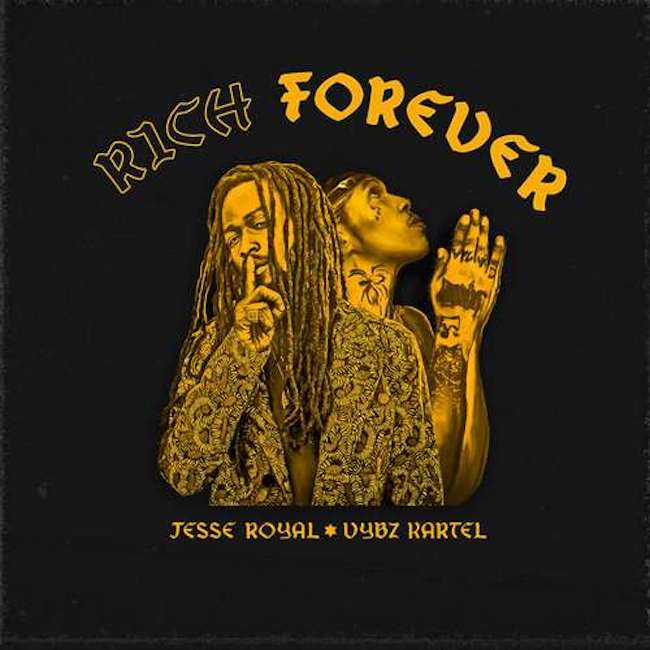 The “Finally” singer also spoke with the Jamaica Observer about the concept behind his upcoming album.

“Royal is a lot different from my previous project, Lily of Da Valley, in the sense that there were a lot more experiences that happened over the time. There was a lot of lessons that were learnt, a lot of blessings and lessons that we definitely imparted on the project,” he said.

He went on to describe the album as one of his most “most vulnerable” and added that he was incredibly proud of his team for the way it all came together. He also explained to Observer the inspiration behind the Dancehall infused track “Rich Forever.”

“So one of the main inspirations behind Rich Forever was reclaiming the glory days, understanding our history stretches far beyond the Middle Passage. We have to remind our youths that we don’t really have to chase things that already belong to us,” he said.

He further explained that the song is also meant to inspire youth to want to achieve more and to realize that achieving wealth is part of their birthright. “Check places like Africa that has given the world so much and still have more to offer. So Rich Forever is a reminder to the youths of where to start looking, which is inside – when they’re gonna deal with their journey,” he continued.

This album will focus on his personal and professional growth over the years since dropping his last album, he added.

“The growth I experienced was entrusting myself a bit more; trusting my ideas, my experiences, and feeling like there’s people out there who would be able to relate with it,” he said. Part of his growth has been learning to take advice from others in the genre as he moved away from solo projects where he wrote and composed most of his work alone.

“There was also a lot of growth in a sense of most of the projects before were solely written and generally composed by myself, along with a few others. So, for this project I definitely invited some people in terms of producers, writers, to knock heads and see what more we can come up with outside of my box,” he explained.