Shenseea received one of the biggest boosts to her career yet when she appeared at Kanye West’s Donda listening event in Chicago and getting featured on two tracks on the album. The 27-track album named after Kanye’s late mother was released on Sunday, August 29th, ahead of the proposed September 3rd release date. The album boasts numerous featured artistes, including Jay-Z, DaBaby, Lil Baby, Playboi Carti, Fivio Foreign, and Travis Scott, to name a few.

Shenseea is one of two females featured on the album, and she took to Instagram over the weekend to share her excitement and gratitude.

Kanye West wasn’t the only one in Shenseea’s corner, as Kim Kardashian-West, introduced Shenseea to her almost 250M Instagram followers. Kim shared the lyrics to Shenseea’s verse on “OK OK pt 2”. The verse speaks to the ending of a relationship, and perhaps it has reflected Kim’s feelings, as she had recently gone through a very public break-up with Kanye.

In the song Shenseea deejays: 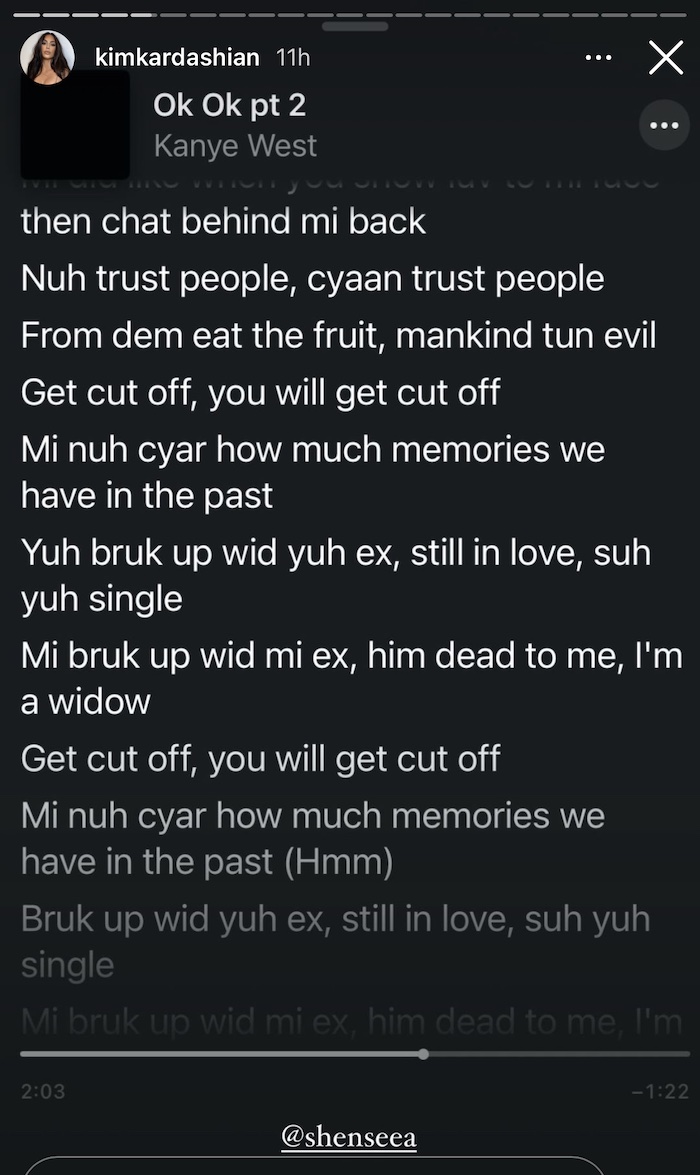 Despite the lyrics, there may be a rekindling taking place with Kanye and Kim. Numerous sources have cited that they may be working on their marriage. Angela Yee also reported on the matter on The Breakfast Club, speculating that while the divorce papers have been filed, Kim Kardashian may withdraw the petition.