The Atlanta rapper funded Gianna Floyd’s seventh birthday party with the proceeds from his Grammy-nominated protest song “The Bigger Picture.” Baby showed off the bash on Instagram Stories writing, “RIP George Floyd. Happy B Day Gianna from ‘The Bigger Picture.’”

The 7-year-old daughter of the Minnesota man who was killed at the hands of police brutality in May took Instagram to thank the rapper for funding the event which marked her first birthday occasion without her father. Alongside a photo of her at the party with her mom and Lil Baby, Gianna wrote, “L.o.l Surprise Birthday Party. Thank you so much @lilbaby_1 for coming and help me celebrate my 7th Birthday.”

The socially distant L.O.L-themed extravaganza was held at Atlanta’s Pink Hotel on Wednesday (Dec. 16) and featured a pink color scheme with a pop-up hair and nail salon, slumber party room, custom-designed birthday decorations, and security personnel dressed in T-shirts with a “Happy Birthday Gianna” message from Lil Baby printed on them.

The rapper committed to donating the profits off of “The Bigger Picture” on Twitter in late November telling fans, “I got 1.5 million dollars to donate off of “Bigger Picture “ I want the money to go we’re [sic] it’s needed,” he wrote. “Lawyers ,Bonds , Play Grounds , Jobs , youth activities , things that WE can really benefit off of.” He reportedly joined forces with restauranteurs Ericka and William Platt and former NBA player Stephen Jackson for Gianna’s party.

Jackson’s kids were in attendance as were Lil Baby’s, Future’s, and Rayshard Brooks, another unarmed black man who was killed by Atlanta police in June. Ericka Platt who co-owns Rosie’s Café and Restaurant 10 in Atlanta said she appreciates Lil Baby’s support. “The song is really about supporting children who lost their parents to violence,” she said. “Lil Baby decided to sponsor Gianna’s birthday party and has been very supportive. We are very grateful for that.”

Lil Baby must have a lot more in store given the success of “The Bigger Picture.” What do you think the rapper will donate to next? 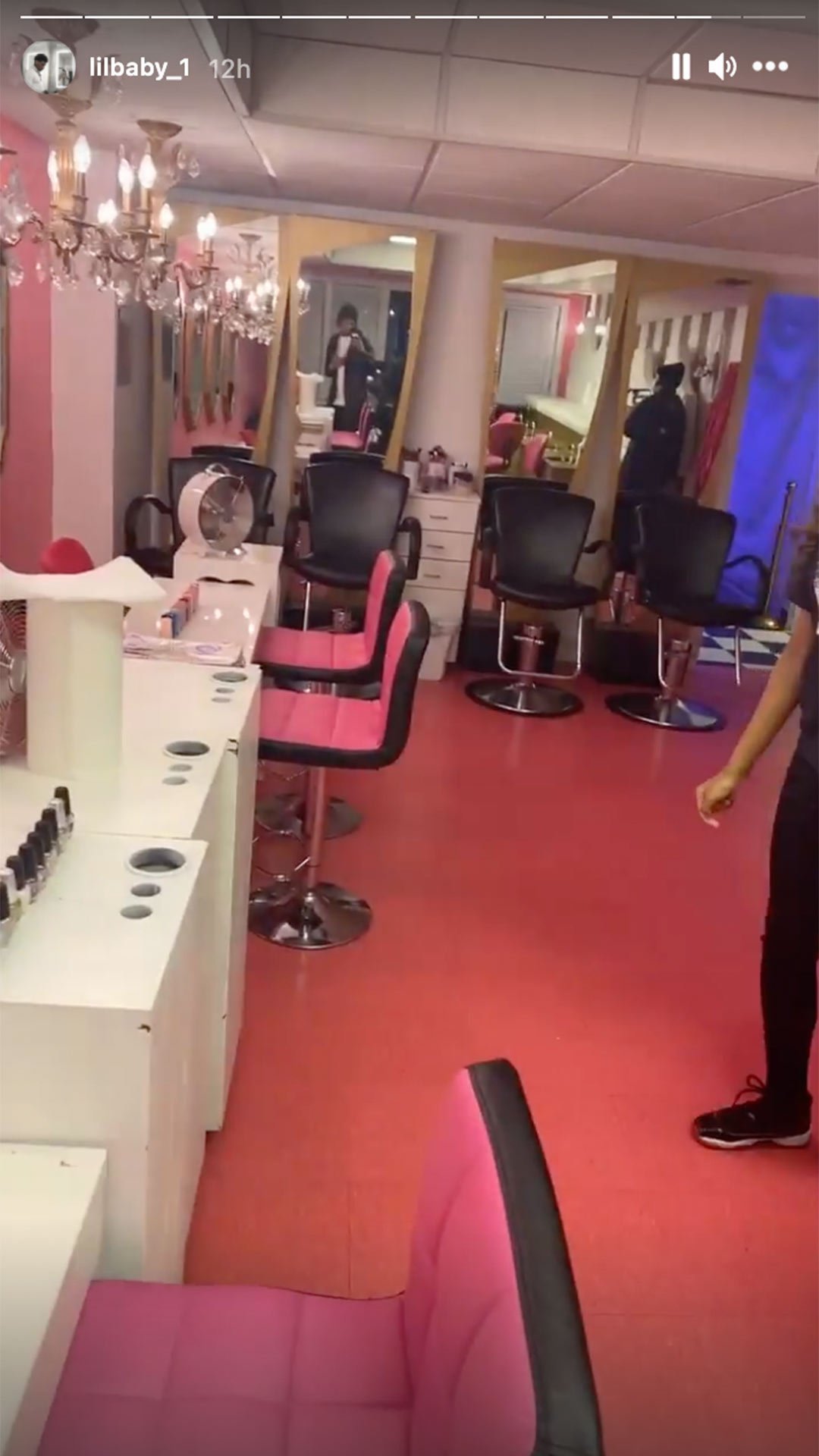 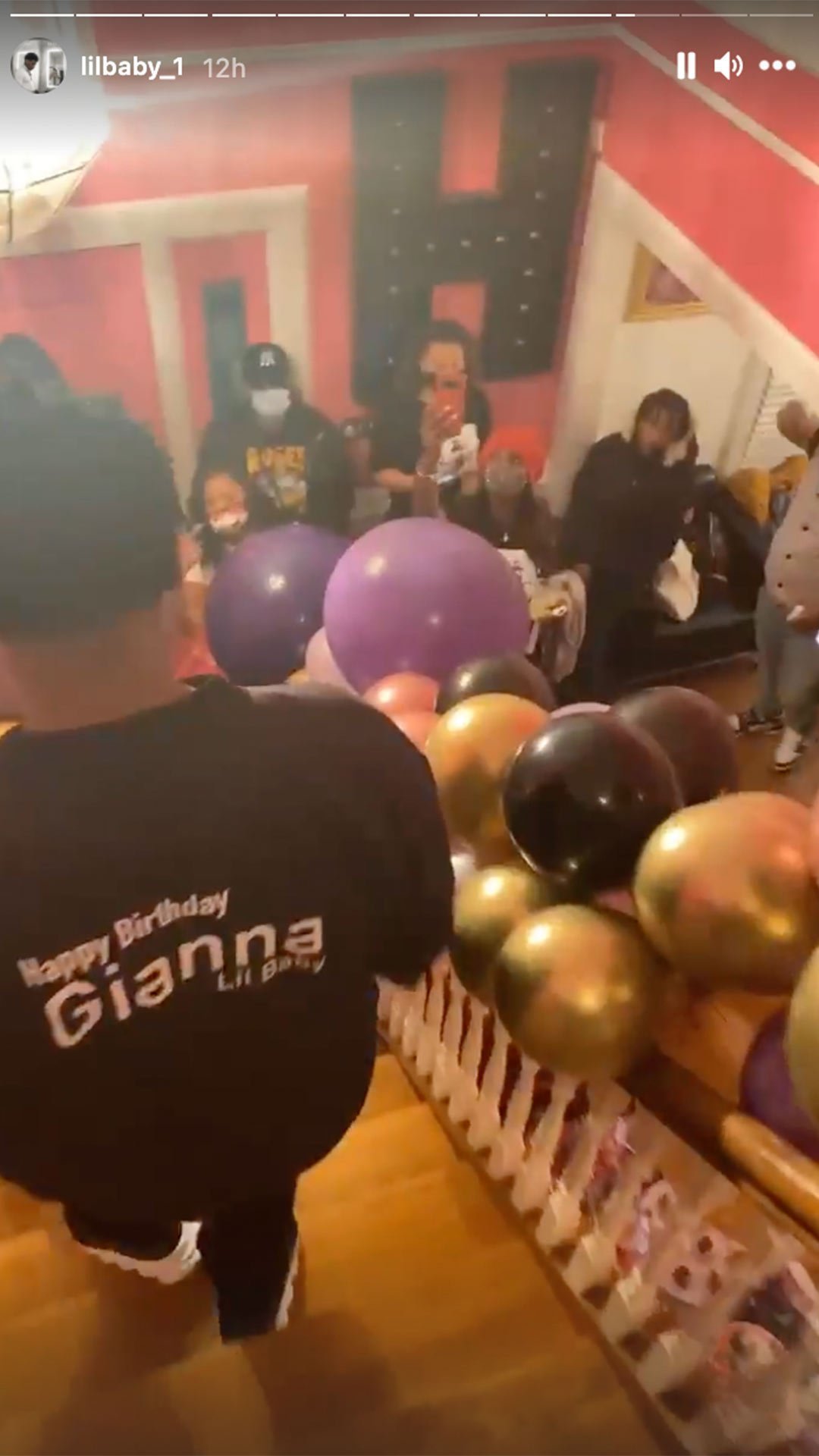 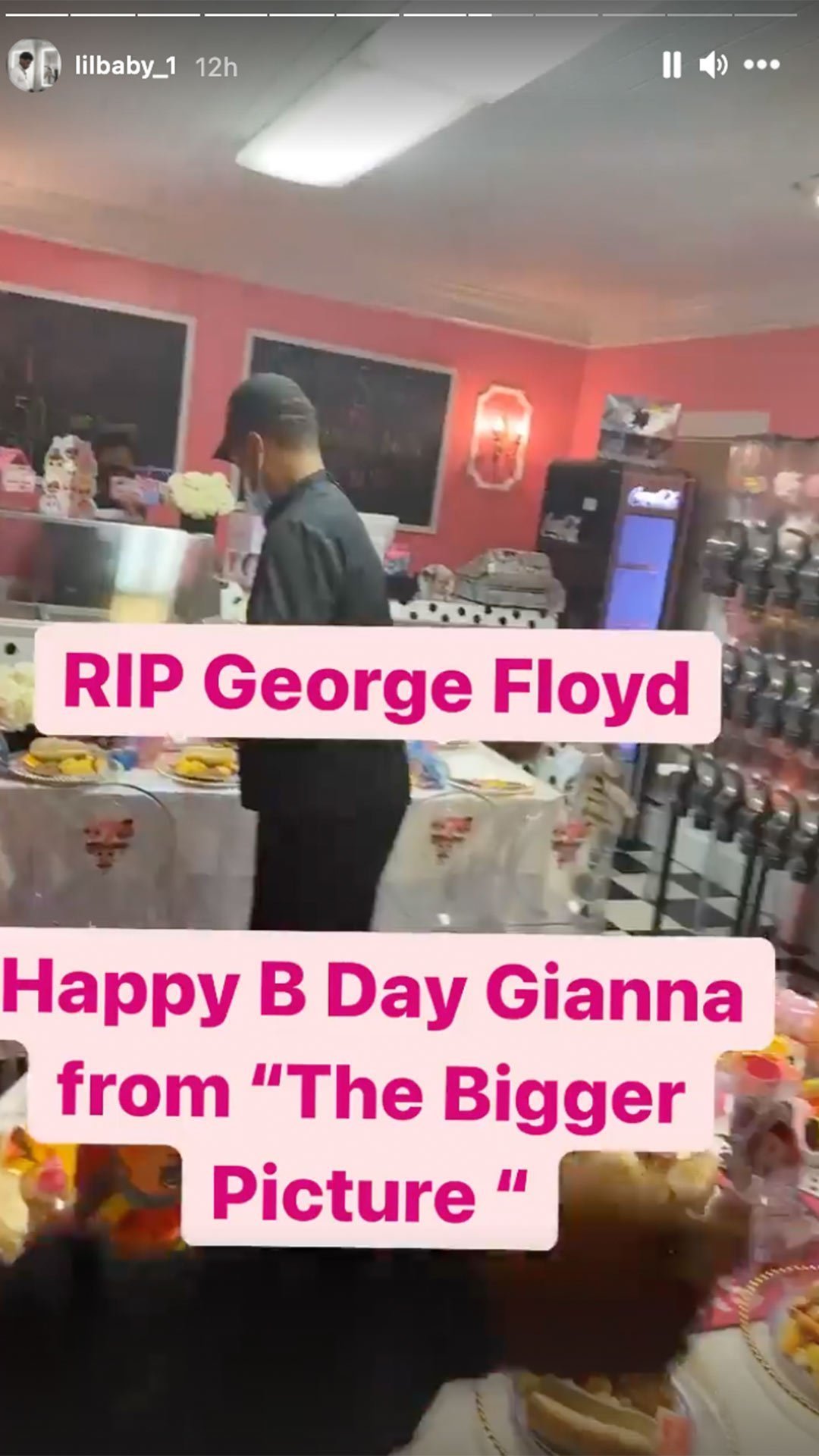