Faith Evans could see herself facing some jail time for reportedly beating up her husband, Stevie J.

There was not so much love when police showed up to Faith Evans‘ home that she shares with husband Stevie J in the early hours of the morning. According to reports, the stars of Love & Hip Hop: Atlanta had been engaged in an argument in their home in LA, but at some point, things turned violent. Officers turned up at approximately 1 AM and noticed visible marks and scratches on Stevie’s face, TMZ reported. Faith was subsequently arrested and charged with felony domestic violence but did not spend too long in custody as she paid bail and was released the following day.

The couple’s almost 2-year marriage has had a few cracks along the way, but for a moment, it appears that they were going strong. They started out as friends in the ’90s when Faith was hesitant to take things to a romantic place for fear of spoiling their friendship. Stevie J did enough persuading, and they started dating a few years ago. Their relationship was met with some criticisms with some of her late ex-husband, Biggie Smalls‘ fans called them out. 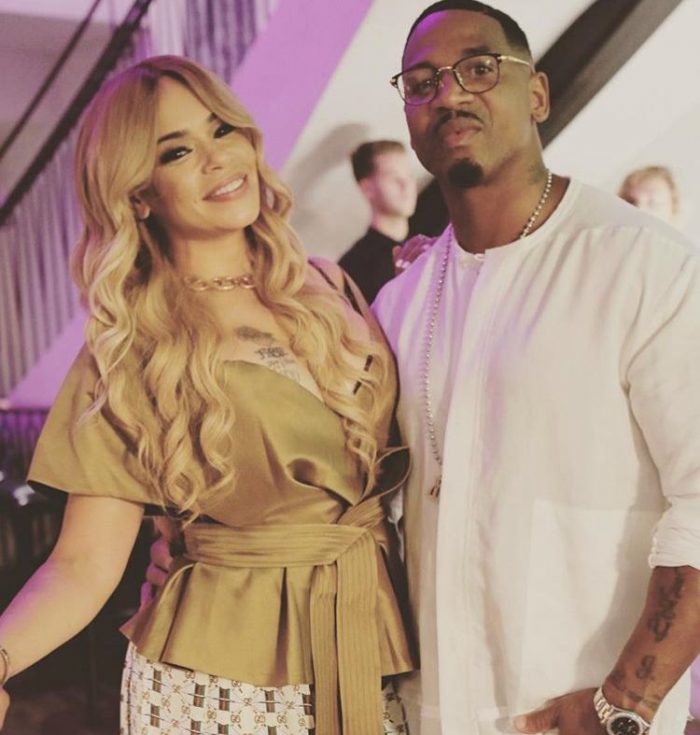 Still, they fend off those criticisms, and Faith Evans and Stevie J tied the knot in July 2018. Split rumors emerged just a year later, however, when the married couple stopped following each other on social media, and Stevie posted cryptic tweets like, “All that glitters ain’t gold,” which led to the belief that there was trouble in paradise.

Five months later, the record producer claimed that his Twitter account had been hacked after a post declared, “Found [out] that NO woman is faithful. Knew that & it’s a blessing to know. Wanna show the world what being a stand-up guy will get you. 12 days of Xmas I sent her 5k a day. Trust no b****.”

In the wake of the “I Deserve It” singer’s arrest, both she and her husband have yet to comment on the situation. However, they are still following each other on social media, and Faith appears alongside Stevie in his Insta profile pic.