Majah Hype left fans confused after hinting that he and Latisha Kirby are back together.

Here lies a classic case of love conquering all, as it seems Majah Hype and Latisha Kirby are looking to mend fences and start anew. Could this be the epilogue of the nailbiting drama series Caribbean nationals have been locked into for the last couple of months? It all started after Kirby accused Majah Hype of physically abusing her. This was followed up by the release of a sex tape starring Kirby and another man, a clip which Kirby explained was years before she started to date Majah Hype.

The comedian then hopped onto his IG Live session to reveal that he was molested in his youth, as well as spoke of the abuse, verbal and emotional, that he received from Kirby. He also showed his thousands of viewers numerous sexually explicit photos, which he pulled from his estranged wife’s phone. 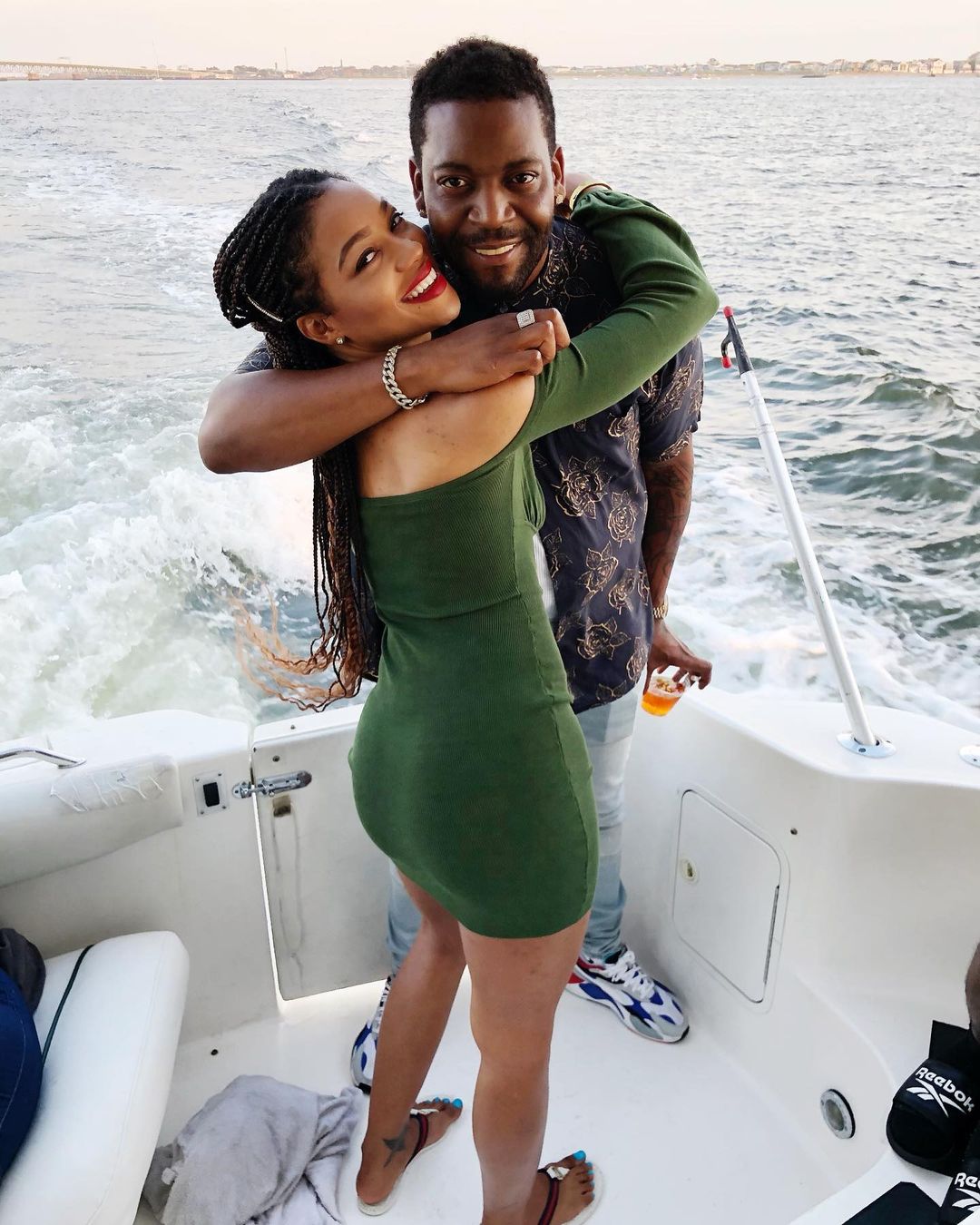 A few days later would see the release of 4 other videos of Kirby engaging in sexual activities with other men. Majah refrained from commenting on the videos. Armed with a Vybz Kartel cosign and a brand new release of his own, the comedian seemingly washed his hands of the situation and got back to his comedic routines.

Things have remained quiet on the front of Majah and his wife for the past couple of weeks, as other drama consumed the attention of dancehall fans. The latest round of leaked images, this time of Majah Hype himself, has pumped new life into their personal battle. The gallery of photos shows Majah provocatively dressed in black, laced, female underwear. It’s unclear if the images are recent.

One recent reveal seems to be Majah and his wife Kirby getting back together. The comedian took to his Instagram account to share an image of himself holding the hand of who many perceive is his estranged ex-fiancee, Kirby. Her face is not included in the shot, but social media detectives have used the nail polish colors being sported as evidence of her presence.

According to Majah Hype, “A man that s truly genuine does not keep changing his colors. Real gold never rusts. If someone is really solid and golden, they will be unbreakable. Not even time can destroy its shine.” 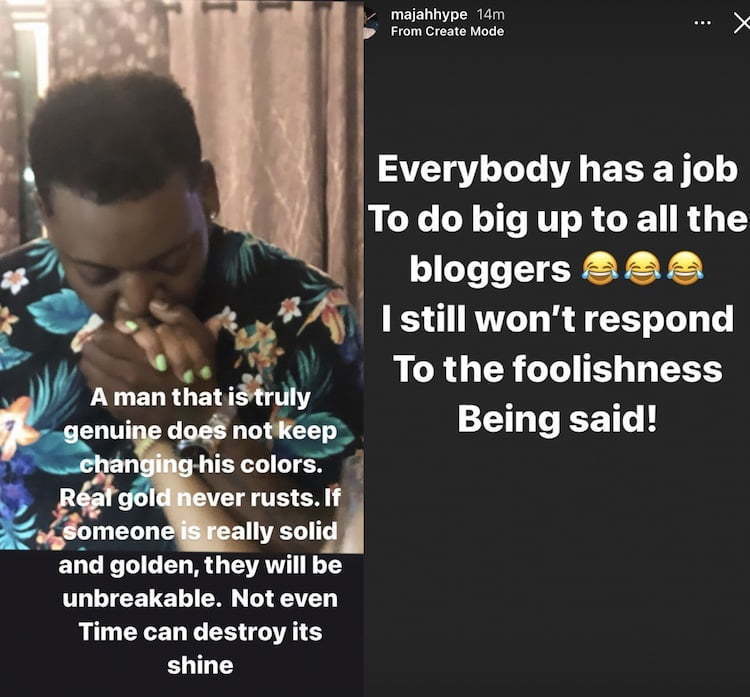 He has not yet confirmed if they are indeed back together, but this would mean a great deal of good for Hype, who is currently up against three civil lawsuits filed by Kirby.