Police are one step closer to solving Mo3’s murder thanks to newly released video footage.

Law enforcement is reaching out to the community in Dallas, Texas to ask for help in finding the person they believe is responsible for the death of rapper Mo3. According to TMZ, the Dallas Police Department has released still photos taken from surveillance footage showing the alleged shooter running away from the crime scene after committing murder. The person in the pictures is wearing a black ski mask and is said to have been driving a black Chevy Camaro. Anyone with any information on who the suspect might be is being asked to contact Dallas Police Homicide at (214) 671-3584.

Mo3 was shot and killed in his hometown of Dallas on November 11th after what seems to have been a dramatic pursuit. 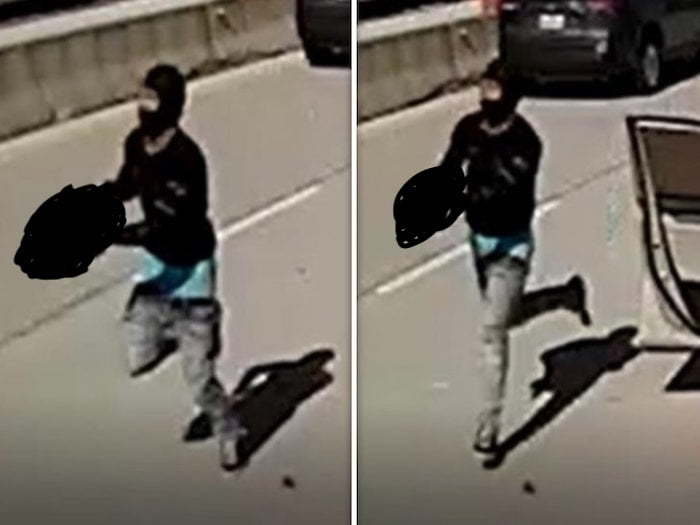 The rapper reported being followed earlier in the day and was apparently trying to lose his attacker on the freeway when he crashed his car. It seems that he then exited his vehicle and attempted to flee on foot but was tragically shot in the back of the head. It is not clear at this time what could have motivated such a targeted hit.
Mo was signed to Boosie Badazz’s label BadAzz Music Syndicate at the time of his passing, and Boosie made headlines only days later when he also became the victim of a gunshot wound shortly after attending a vigil for Mo.

Early reports had fans worried over Boosie’s condition, but the rapper soon checked in on social media to assure everyone that he is okay. “I’m good,” he wrote. “Appreciate all the happy birthday wishes and get well soon wishes.” The murder of Mo3 is just the most recent in a string of violence that has shook the hip hop community this year. Just like with everything else going on in the world these days, we’re hoping that 2021 brings some healing and positivity.