Moneybagg Yo iced out his girlfriend Ari Fletcher for Christmas.

Tis’ the season of giving and the rapper just dropped a huge bag on his lady’s Christmas presents. We’ve seen a lot of couples exchange extravagant gifts lately and Moneybagg Yo and Ari Fletcher are no different. As a matter of fact, it was only a matter of time before they joined in, considering their habit of constantly trying to outdo each other with gifting.

Ari took to Instagram to show off her early Christmas presents in a video. She received a massive diamond ring fit for an engagement but no word on any wedding bells ringing for these two yet. Ari gave a close-up look at the luxurious princess cut ring along with her other gifts, which include an LV bag and fur slides, and a Chanel bag. 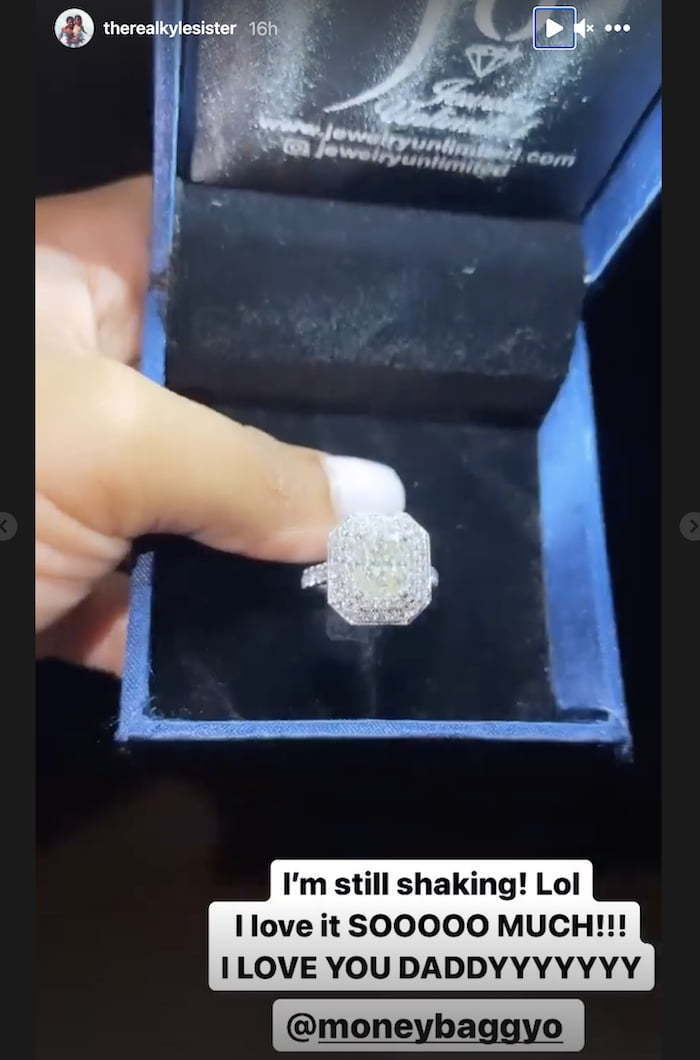 After the rapper cleared the air and said he would never disrespect his woman like that, Ari was quick to co-sign the tweet and clarify exactly whose side she is on, telling Moneybagg on Twitter that she loves him and defending his right to creative freedom. More recently, the couple appeared to unfollow each other on Instagram leading to more rumors of a breakup but clearly, they are still going strong.

Ari Fletcher and Moneybagg Yo have been inseparable for quite a while now. Do you think this diamond ring is the first of more symbolic ones to come?