Rihanna & Nicki Minaj Starts Following Each Other On IG Again, Are They Working On New Music?

Nicki Minaj and Rihanna are following each other again as the Queen rapper prepares to make her return to music.

On Monday, Nicki Minaj sent her fans into a frenzy when she posted for the first time in a while, seemingly announcing her highly anticipated return to music. The Young Money rapper who took a hiatus from the music after starting her family has kept fans wondering when she would be back ever since she announced her retirement in 2019. While she has been on a few features, we are yet to see the rapper officially re-emerge with a solo single.

Barbz may have prompted Nicki’s impromptu return after they got the #LLCParty hashtag trending on Twitter last night, leading the fan-favorite track by Minaj to become her best performing single of 2021 overnight. “LLC,” which was released as part of the rapper’s 2018 Queen album, entered the Top 30 on the US iTunes chart, which is a new peak.

Nicki Minaj took to Instagram on Monday (May 10) to post a seductive photo of herself covering her lady parts with cushions while sitting on an office desk. In the caption, the rapper wrote “FRIDAY,” leading fans to believe that the rapper has something in store for them. Along with the pleasant surprise of Nicki’s return, it turns out the rapper is also following Rihanna again and vice versa.

The Queen Radio star and Fenty Beauty boss have not been following each other on Instagram for the last couple of years. Fans suspect that the Bajan superstar unfollowed the rapper around the time she was feuding with Remy Ma, but all that seems to be a thing of the past now that they have both hit that follow button again. 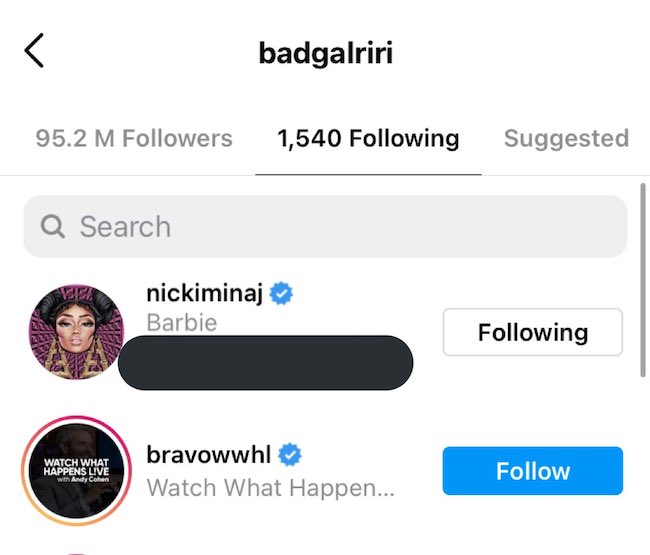 Fans are speculating that the Caribbean superstars reuniting on the gram may be a sign that they’re about to drop a new song together. Given Rihanna’s similar musical hiatus, no one is quite bold enough to get their hopes up about that. However, one can dream.