Rihanna and her boyfriend, A$AP Rocky, were spotted on a late-night date on Friday (September 17) at about 3 AM. The couple was bombarded by fans on their way inside El Puerto Seafood and Fish Market in Harlem, and Rihanna is being hailed “a real one” for showing her fans love despite trying to get something to eat.

The Fenty Beauty billionaire showed her fans some love, signing autographs, hugging, and even giving one man a $20 bill before entering the eatery with a chilled A$AP Rocky by her side.

The couple seemed quite happy wearing not only huge smiles but matching leather pants. Rihanna, a fashion mogul, was rocking a white tank top underneath a black leather jacket with a fuzzy black bucket hat topping her braids.

Accessorizing the cool look was a pair of black sunglasses, a long gold medallion, and a pearl necklace. Meanwhile, her 32-year-old rapper boyfriend complimented her with a black hooded sweatshirt with reflectors on the elbows. While the dinner inside remains a private affair, the couple seemed to have enjoyed their time together, exiting the restaurant in a good mood. 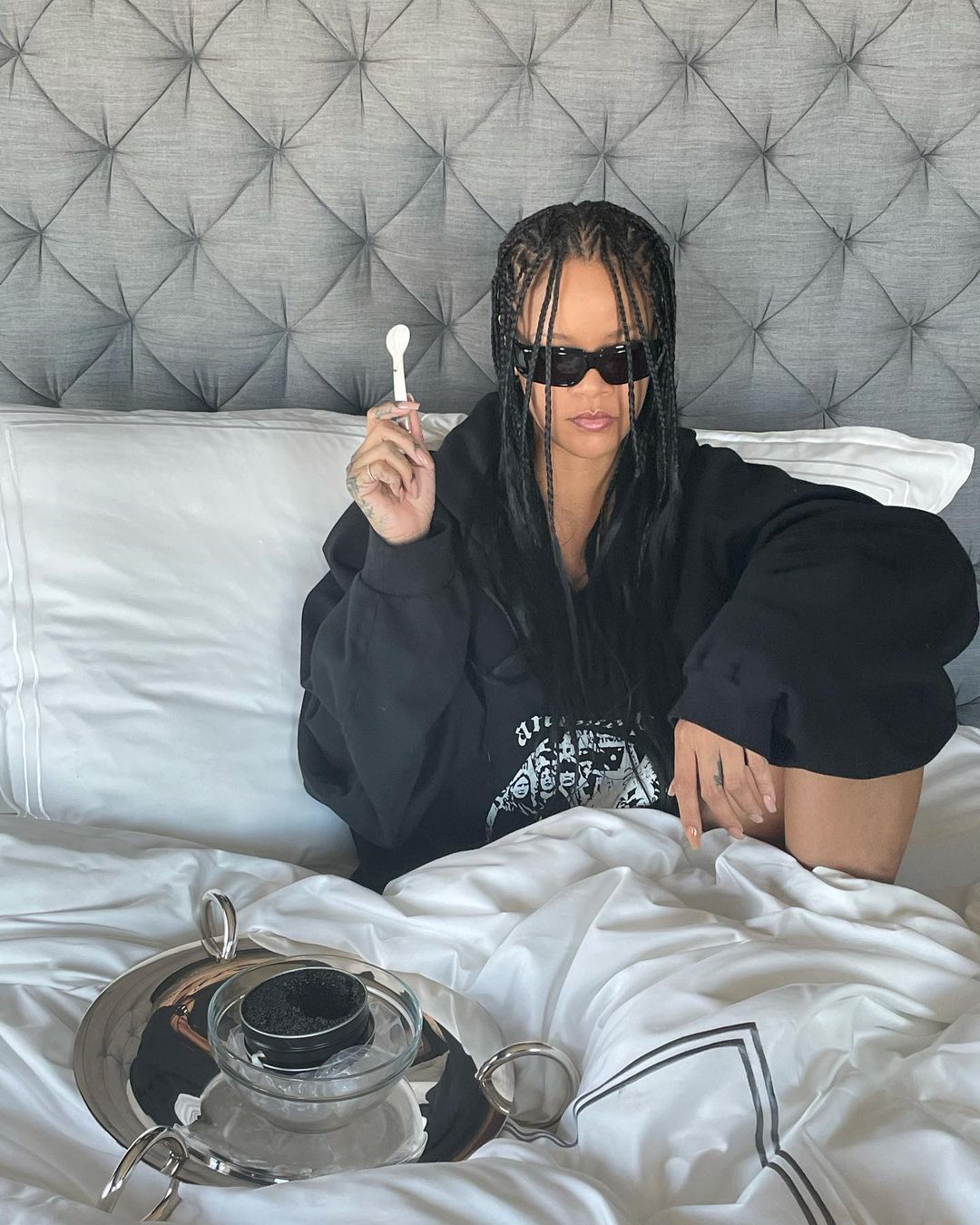 On their way to their black SUV, the couple posed for pictures with excited fans. Videos of the encounter emerged on social media on Saturday and social media users did not hold back on commending the artistes for showing love to fans.

“They give people LIFE when they show love like that,” one person said, while another applauded, “I like stuff like this they don’t let the fame get to them and actually appreciate the fans unlike most artists and famous people.”

Dating rumors surrounding Rihanna and A$AP Rocky started back in January 2020, shortly after Rihanna and her former boyfriend Hassan Jameel broke up.

While the two artistes were friends for some time and even appeared on the red carpet at the British Fashion Awards together as just that, their relationship was confirmed in November, when they had a public date night with friends at West Village spot Beatrice Inn.

Since then, Rihanna and A$AP Rocky have been spotted on numerous dates and outings, and during the holidays last year, A$AP joined the “Umbrella” singer in her native home in Barbados.

Earlier this year, A$AP told GQ that he believes Rihanna is “the love of my life” and declared her as “the one.”

And just this week, the couple made their debut appearance on the red carpet of the 2021 Met Gala.