Saweetie Hints She Broke Up With Quavo, Unfollows Him On Instagram

Saweetie and Quavo’s relationship might be on the rocks.

Just when they’ve started to become one of our favorite couples in hip hop, Saweetie and Quavo might’ve called it quits. Fans quickly noticed on Tuesday that the “Best Friend” rapper hit the unfollow button on the Migos rapper. The pair have been dating since 2018 and have been going strong ever since. While they were quietly dating in 2018, it took a few months before she confirmed that they were an item when she appeared on The Real.

She told the hosts that they were currently getting to know each other at the time, and she even called him cute. She later revealed that they first communicate when he slides into her DMs. 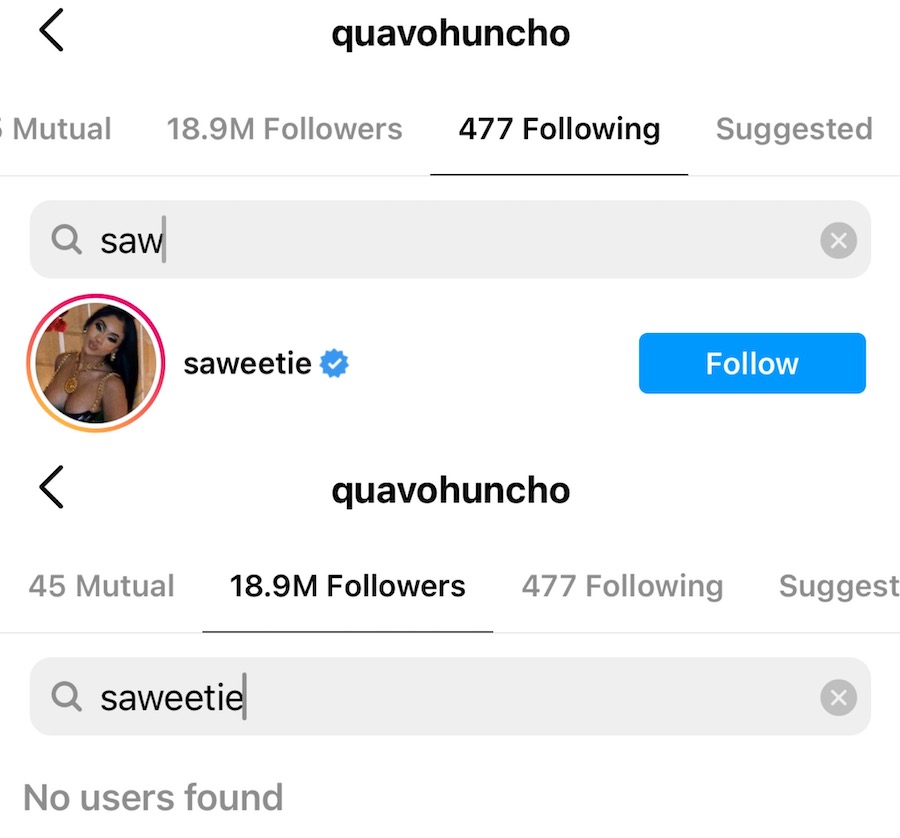 By March 2019, they made their relationship Instagram official, and that same month she released her music video “Emotional” featuring the Migos rapper.

He gifted her a custom Bentley Continental GT in December as a Christmas gift and several Birkin bags. Saweetie then went all out and gifted Quavo a $300K Richard Mille watch.

The two have not yet commented on their rumored breakup, but Quavo is still following Saweetie on IG, but she is not returning the favor.