Sean Paul recently appeared on Complex Brackets series, hosted by Brian “B. Dott” Miller to help crown the best Dancehall/Rap song of all time. Despite the interview being featured as a casual game show, the episode highlights some of the most iconic Dancehall/Rap features and collaborations of the last three decades.

Between pitting top Dancehall/Rap songs like Baby Cham‘s “Ghetto Story Chapter. 2” featuring Alicia Keys and the deejay’s “Gimme Di Light” (remix) featuring none other than Busta Rhymes, against each other, the entire segment sparked the conversation of Dancehall as a core music style. This style became popular through many artistes such as himself and ascended to be included on international markets.

On the series, experts/special invitees pick the winners of a themed bracket, in this case, Best Dancehall/Rap Song, until a field of 16 is reduced to the Elite 8, then the Final 4, and a penultimate Championship round to determine the winner of the weekly series. In this interview, Paul speaks about Dancehall’s impact on hip-hop and rap. This brought back sweet ol’ memories for the artiste where he had to face what seems to be the hardest decision of his career…to decide between his mentors, artistes he looked up to, and even his friends.

The singer himself talked about the importance of Dancehall and how it has spread into Rap music. The biggest stars in rap have deep roots in Jamaican music or have had some sort of connection to the island, Sean Paul explained. He has had a prosperous career, but even he must confess that his most popular work has come from the fusion of Dancehall and rap. When asked why rap and Dancehall were such a unique combo, the veteran pointed to Jamaica’s rich history and its effect on performers. 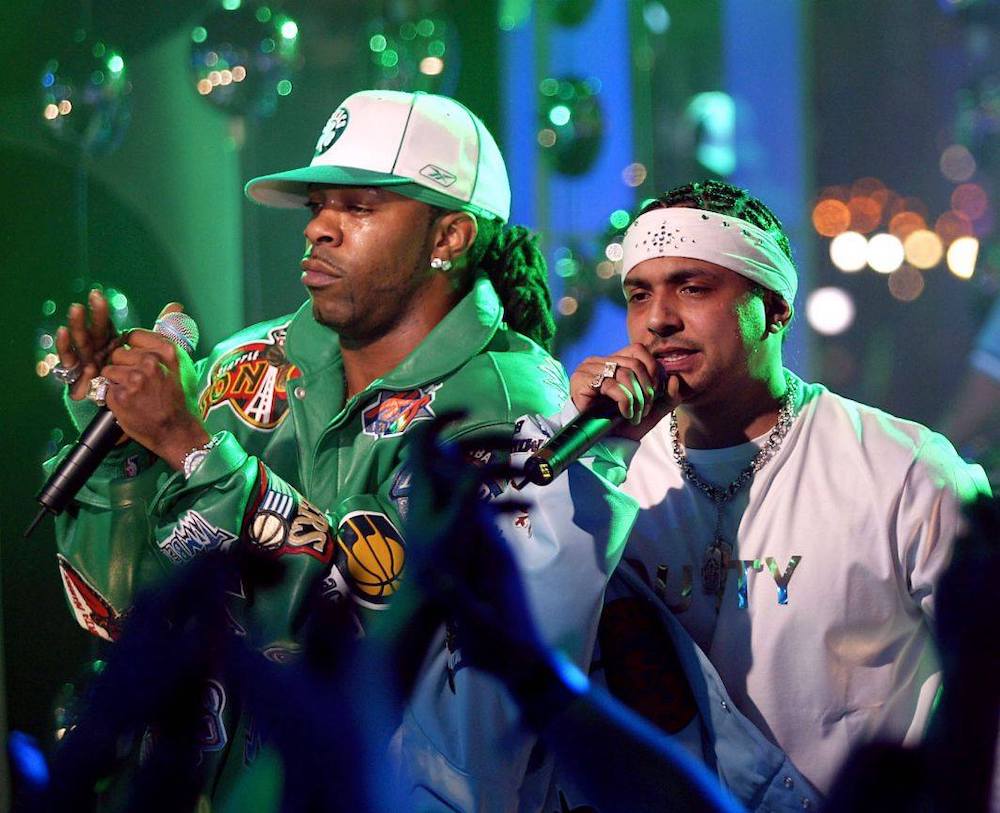 “From the beginnings of rap with Kool Herc and just the connections, the number of artistes that are hip hop artists and are very dope that do have connections to Jamaica — Biggie, Busta Rhymes, Special Ed, Shinehead the whole connection is just day one for me,” Sean Paul said.

Biggie Small, one of the most prolific artists in rap history, is said to be one of the most influenced by Jamaican culture. He was born to Jamaican parents but was born and raised in Brooklyn. In the Netflix series, I’ve Got A Story To Tell, the rapper’s mother talks about his love for Jamaica and their many trips to the island where he would be glued to Uncle Dave, who was also a musician.

Busta Rhymes was also born to Jamaican parents and has done numerous collaborations with various Caribbean artistes. Caribbean rhythms can be heard in many of his tracks. In a 2016 interview, he stated, “My upbringing influences my west Indian cultural significance, way of being raised in my Jamaican environment, the music and the embodiment of the household is who Busta Rhymes became.”

Special Ed and Shinehead, too, were born to Jamaican parents but grew up in the States. Shinehead is credited with one of the first original fusions of hip-hop and reggae.

Musical techniques have also originated in the lands of JamRock. One such method is dubbing, also known as scratching. An instrumental remix of an original song is known as dubbing. It was first popularized in Jamaica through reggae music by the late King Tubby, a Jamaican sound engineer. He was credited as the pioneer of dubbing.

King Tubby developed his talents in the reshuffling process, on bass and rhythm, and this is where Kool Herc, one of Sean’s musical role models, learned his skills. Dubbing gained the interest of urban artistes and became popular in South Bronx. This musical technique gave space for toasting/ emceeing, which later evolved to become known as rapping.

As the game continued, fans can see Sean Paul’s favoritism for dancehall rhythms in songs due to his winning choices. In his defense for choosing Baby Cham’s Ghetto Chapter 2 as the better song twice, he highlighted, “Imma hardcore dancehall activist, you know what I mean? Me a dancehall soulja and when I hear dem riddim tracks deh all over the world, to me, I just want to, you know, that’s what I love and I wanna big that up everytime.”

And big them up he has. Sean Paul has been globalizing his reach since 2008 with songs such as “Top Shotter,” “Gimme Di Light (remix),” “Give It Up to Me,” and “Baby Boy.” He was one of the first Jamaican modern artistes to broaden his reach to bridge the gap between Jamaica and America, therefore between Dancehall and hip-hop.

Sean Paul admitted to his feats when he spoke about his single, “Gimme Di Light.” This was the song that broke him into the international market. He stated, “Off of that song I met people in Roc-A-Fella, Dame Dash wanted to buy the album, big up to Jay-Z.” He also spoke lightly on his collaborations with music stars such as Rihanna, Beyonce, and Nelly.

He is also questioned about his ‘collab-heavy album’ in the series. To this, he explains, “We as Dancehall don’t collab enough. We never get to the back of each other. We always like yeah and we always try to cut each other’s throat and over the years, me toran, it’s been a thing I wanted to do so I started Dutty Rock Productions big time.”

All games come to an end, and in the end, it came down to two tracks: Gimme The Light Remix feat. Busta Rhymes and Baby Cham’s Ghetto Story feat. Alicia Keys, one of which was his own. “Sometimes you have to go back to where you were born, and I was born globally with Gimme The Light,” Paul stated of his choice of track.

“For me, Gimme The Light is the winner.”

He plans to have a 2-year hiatus from his career, but he wants to provide as much music as possible to his fans. His album is slated to feature stars like Junior Gong, Nicki Jam, Jada Kingdom, Shenseea, Gwen Stefani, and Sia. For now, it seems the music veteran will be focusing on studio time and family time.