The new release was first teased on Monday (September 20th) on the artiste’s official Instagram page when he revealed the first few seconds of the audio. Skillibeng added no caption and allowed the clip to speak for itself as fans immediately reacted to the new joint. The new track arrived within hours of Alkaline dripping “Sell Off” a track in which he mocks Skilli’s flow.

The catchy intro follows a well-shaped melody and makes way for Skilli’s rich, raw vocals to seep into the song naturally. The lyrics are thought-provoking, which made fans immediately piece together that the single could be a clap back at Alkaline’s new single, released hours apart on the same day.

After Alkaline dropped “Sell Off,” Vendetta fans claimed that the song was ridiculing the “style and flow” of Skillibeng as the “Extra Lesson” deejay is known for his own signature flow. Still, this song followed a nursery rhyme style made popular by Skilli, using unconventional punchlines, which sounded almost like he was talking.

On the other hand, over a trippy beat, Skillibeng showcases his lyrical prowess while taking aim at his opps. The whole song is directed as a threat to an individual who keeps bothering him as he gets ready for a mission to settle things. 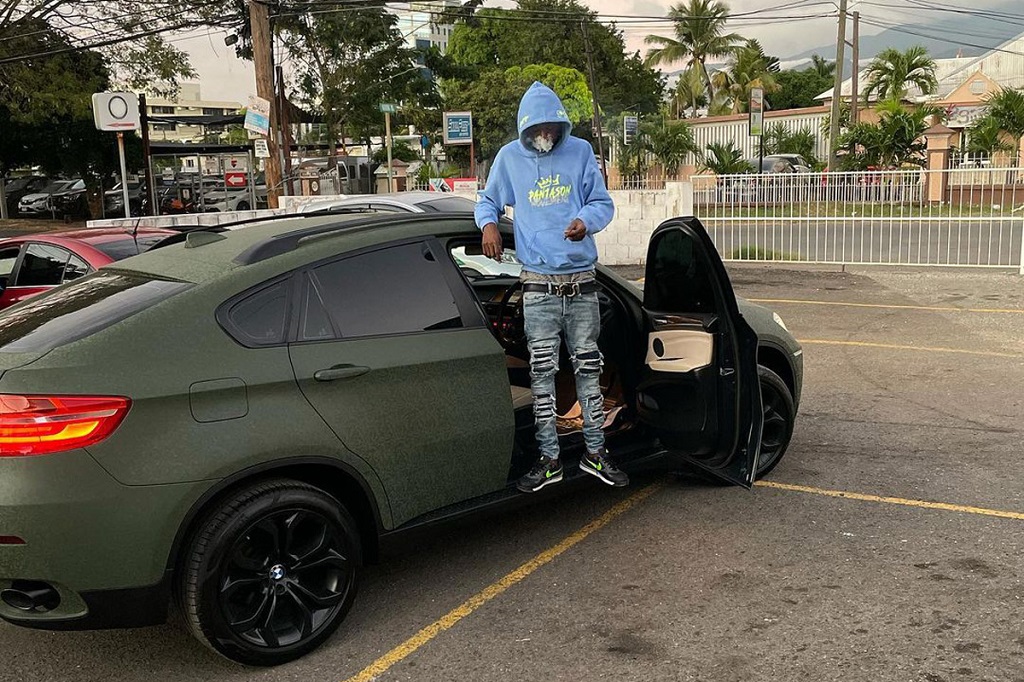 The positive reactions towards “Mission” show just how ready for battle his fans are. While neither artist has said anything regarding the speculations, fans have continued to draw their conclusions that both artists are taking aim at each other in their tracks.

The lyrical tension between the two dancehall deejays keeps growing bigger, and some supporters are excited as long as they keep the feud lyrical.

In reacting to Skillibeng’s “Mission,” one fan commented, “Skilli: mek mi get a mission, Alka : dat sell off.”

“Skilli be talking and sound like he rapping the dude hard nf,” another added with accompanying 100% sign and a fire emoji. “RATHID SKILLI COMEBACK WITH THIS ONE,” one E-Syde fan wrote.

Released by Eastsyde Records, “Mission” is currently #11 Trending in Jamaica for music on YouTube, with the song already gaining over 130,000 views and 17,000 likes after 12 hours.