Tekashi 6ix9ine tried to shame Blueface with album sales and then called him a one-hit-wonder and claimed he has no idea who he is.

Tekashi 6ix9ine has been anything but silent since his recent release from prison. The rapper who has made a name for himself both as the creator of high-performing hits and as a snitch in a case involving his affiliates in the Nine Trey gang hasn’t shied away from addressing almost any topic on social media. Most recently, the New York native joined Akademiks on Instagram Live to discuss a wide range of topics, including other artists in the industry who came up around the same time as him or when he was behind bars.

Akademiks took the opportunity to ask for 6ix9ine’s opinion on several rappers who have landed major hits over the last year, including YK, Osiris, BlocBoy JB, and Blueface. 6ix9ine responded by acting as if he had never heard of any of these people, even asking if Blueface is “the kid with the fake watches.” 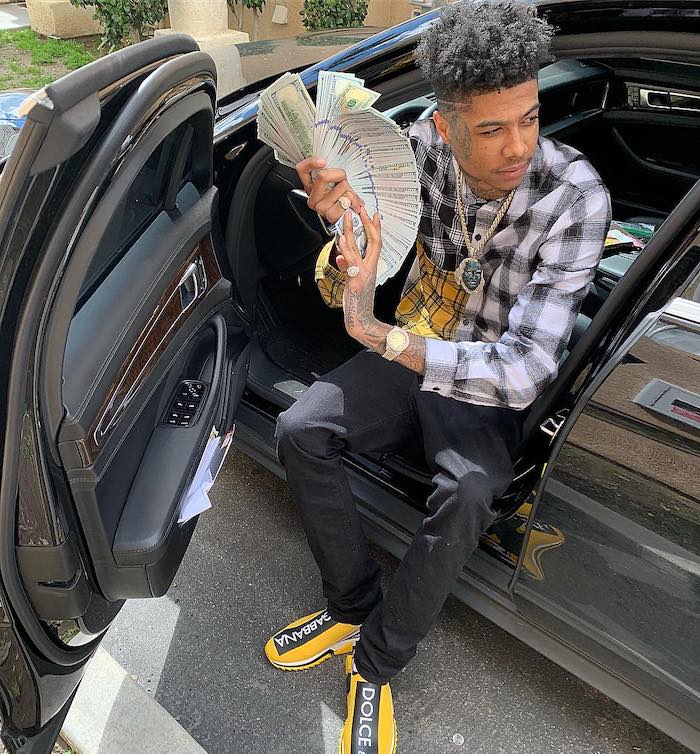 The trash talking eventually led to a bet between the Akademiks and Tekashi when the former promised to delete his Instagram if the latter sold more than Lil Uzi Vert. 6ix9ine also took a moment to address his supposed cancelation in the music industry, claiming that many of the artists who have publicly disowned him from the hip hop community have privately reached out to him for collaborations.

While it’s hard to say what is true and what isn’t when it comes to Tekashi 6ix9ine, it isn’t surprising if artists are still choosing to work with him despite the supposed industry lockout that many claimed would occur upon his release. Those who theorized that his career would be effectively over after he decided to cooperate with federal authorities to shorten his prison sentence were basing their prediction off a history of street code within hip hop. However, many have since pointed out that street code may no longer be relevant in a genre that has become so mainstream and is primarily motivated by whatever sells records.

#tekashi69 and #djakademiks debate if #blueface is a 1 hit wonder. Via @iamakademiks