Usain Bolt released his joint debut album Country Yutes with his manager and dancehall artist NJ, and it secured its place on the Billboard chart. Is this enough to finally earn him some respect in the dancehall community?

While Usain Bolt is one of the most famous people in the world, at home, he is often underestimated. In spite of the impact that he has made on the world, history, and popular culture, he has had his fair share of fights from his fellow Jamaican natives, especially when trying to branch out into something new, like music.

Bolt made a household name for himself worldwide as a track athlete and later ventured into other sports like football (soccer) which he played professionally. This venture garnered some scrutiny from critics, but Usain’s biggest pushback yet came about when he decided to join the dancehall music community as a producer, artist, and label executive.

This season, Usain Bolt is unapologetically celebrating a top 10 album on the Billboard Reggae Albums chart in a position ranked higher than the latest albums from some of dancehall’s greatest contenders. The album Country Yutes was released by Usain Bolt and NJ under Usain’s own label, A-Team Lifestyle. Has this achievement earned him not just the bragging rights that come with it but also his badge of honor and sense of belonging to a community that has routinely given him the cold shoulder? A community that he has shown a lot of love on the world stage even before launching his musical aspirations.

OVO-signed dancehall artiste Popcaan made headlines at the top of the year when one of his first posts on Instagram was an attempt to convince Usain Bolt that his money would be better spent elsewhere following the release of his single “Living The Dream” with his manager and longtime friend NJ. Poppy was less than impressed with the song and music video that boasted Usain’s name and likeness but not his vocals, and he urged the former athlete to invest his resources and platform into better talents. 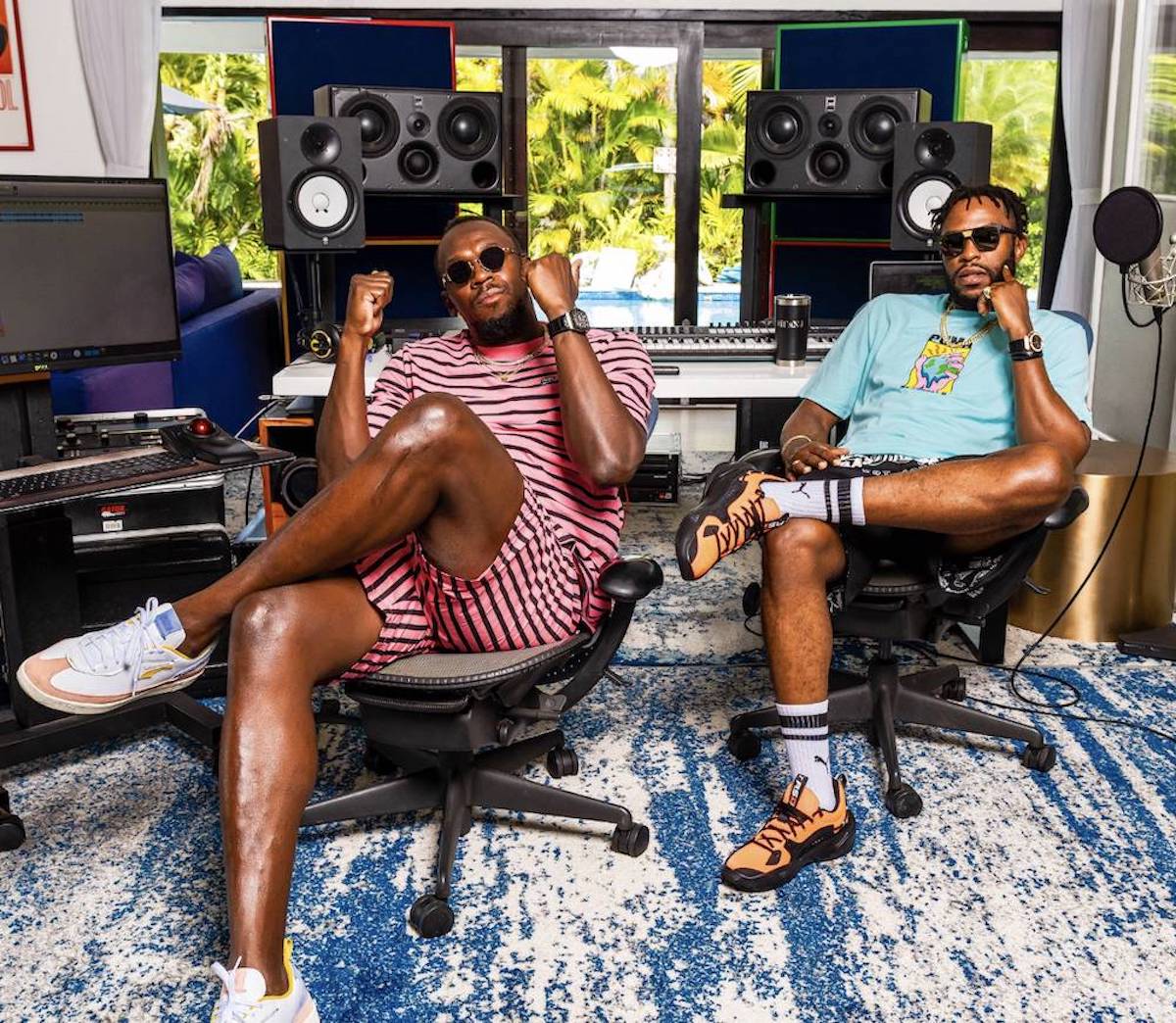 The obvious slight toward Usain’s artist and childhood friend NJ sparked some controversy and set social media alight with the riveting conversation of who’s right. While many defended Usain Bolt’s prerogative to do what he pleases as a successful, well-off sports figure and businessman, others agreed with Popcaan’s perceived justifiable statement that there are other artists far more worth the effort. This was a slap in the face for Usain, who, together with his best friend NJ, worked their way up from nothing and is finally seeing the fruits of their labor. Ironically, the title in question, “Living The Dream,” was a depiction of that very platitude as the track discussed a poor kid’s come-up.

Fast forward to eight months later, and Usain Bolt releases the album first teased by him and NJ at the beginning of the year titled Country Yutes. Critics would have still had their doubts, but they could not thwart the newly minted producer’s efforts to make this project a success.

Bolt remained conservative when nudged for a response to Popcaan’s earlier criticism as if hoping to make the work speak for itself, and he may have finally accomplished that feat.

Usain and NJ’s first Billboard debut outperformed dancehall’s elites in first-week sales which is undoubtedly something to be proud of despite the traditionally low sales the genre produced in the US market. This week, the album debuted at No. 6 on the Billboard Reggae Albums chart, placing the new kids on the block among the few freshmen to achieve this.

An overview of the metric reveals that Vybz Kartel’s most recent album Born Fi Dis, which granted, had little promotion and, as usual, no big label backing, landed the No. 9 position a few weeks ago when it debuted on the Billboard chart, three steps away from Country Yutes. Usain should, of course, feel humbled by the accomplishment after getting support from the widely considered King of dancehall on Instagram in the thick of the controversy with Popcaan. At the time, Vybz Kartel commented on a video of Usain and his lady Kasi Bennett in the studio bopping to the songwriting, “a who dat #usainboltel?”

The dancehall mogul also tried to quell the beef by addressing it in a post where he said, “Big up Popcaan and Usain Bolt nuh argument nuh inna it #DancehallForever.”

Usain Bolt and NJ’s Country Yutes album also outdid the opening sales for the latest efforts from both Vybz Kartel and his throne-mate, Spice – the artist considered the Queen of dancehall. Spice finally released her debut album 10 in August after a decade-long wait, as the title implies. The dancehall star, like Bolt, also earned the No. 6 spot on the Billboard Reggae Albums chart. However, Bolt’s first-week sales totaled 1807 in the US, of which 1651 were pure sales. Spice’s 10, which was released by VP Records, earned 1447 in sales in the US in its opening week, including 676 in pure sales, according to MRC Data. As for Vybz Kartel, he opened with 1290 equivalent album units sold and 605 in pure sales. It is worth mentioning that on the other side of the spectrum, Kartel’s and Spice’s streaming activity far outweighed Usain’s 148,821 in audio streams and 2,244 in video streams. 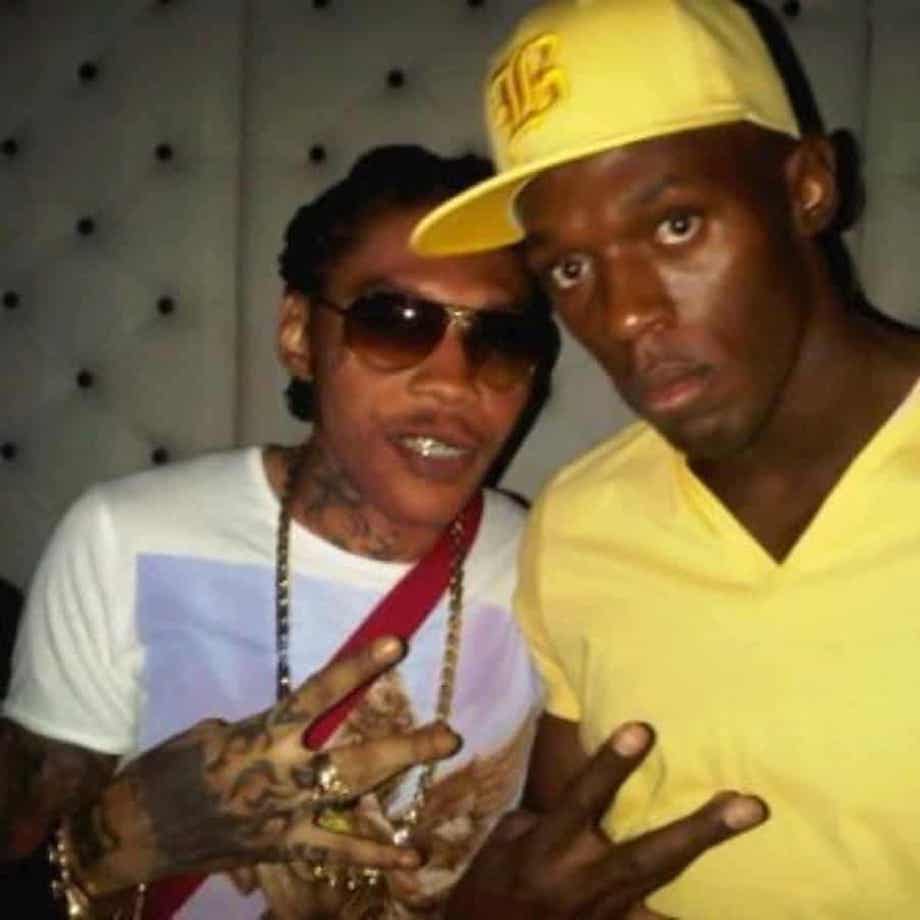 Vybz Kartel‘s reign can be attributed to a pure fanfare and indelible foothold in the dancehall industry, so to watch his career successfully fueled by this sole endearment truly is incredible. That being said, it is impossible to take anything away from him, the lone wolf who incessantly dominates, and due to his solo efforts, his latest charting in many respects can be seen as a greater achievement than any other aforementioned. Interestingly enough, it is this fact that makes any comparability with his accomplishments a win in itself. So the fact that Usain and NJ’s Country Yutes outranked Kartel’s Born Fi Dis on the Billboard Reggae Albums chart says nothing about Vybz Kartel’s unparalleled domination but much about Usain’s tenacity in the face of rejection.

Popcaan was never alone in his opinion of Usain’s efforts and platform being wasted on NJ, but the dancehall producer’s confidence in his venture never wavered. Naysayers seemed to motivate him even more, while his own self-confidence and faith in his team did the rest. Usain is now thanking his fans, the ones who did nothing but encourage him from the start, for helping him to nab his first top 10 album on Billboard. “Thank you my Peeps #CY #Reggae @billboard #Humbled,” he wrote on Twitter earlier this week alongside a screenshot of the Billboard Reggae Albums chart highlighting his 6th place position. Has the former star athlete’s latest accolade allowed him to prove himself? Perhaps he has at the very least shown naysayers why his investment is not at all yielding bad debt.

Realistically, critics will continue to dissect his achievements, leveraging his latest music chart performance with his famous name.

Some will argue that Usain has still not done enough to earn his respect in dancehall since his star-power carries so much weight and makes it difficult to separate that variable from his wins as a dancehall producer. There is, however, still a segment of his audience that will appreciate his accomplishment for what it is. To some, Usain Bolt and NJ were the underdogs, and to others, they started out with an advantage. Despite the ingredients, the finished product has attained something deserving of recognition which would suffice to anyone in their shoes right now.

Congratulations to Usain Bolt and NJ on their debut album’s success.