Usher Allegedly Throws Fake Money At Strippers In The Club

Usher is trending after he gets slammed on social media for paying strippers in “Usher Bucks.”

As he prepares to start his upcoming Las Vegas residency, Usher is in the city promoting himself with his own currency. The R&B singer was recently spotted sporting a suitcase filled with Usher Bucks, which are really just different monetary denominations, all with his face on them. While the flex seemed cool at first, Usher has since come under fire for tipping with the notes at a Las Vegas strip club.

Needless to say, the women who danced for him all night were not amused by the fake bills. One of the dancers who goes by the handle @beel0ove on Instagram blasted the singer for paying her with notes that have no value. She took to her Instagram Story to post $1, $20, and $100 Usher Bucks notes alongside the question, “Ladies what would you do if you danced all night for usher and he threw this?”

“The money does not have a trade in value what so ever!” she wrote. “Don’t y’all think he should be blasted on social media for this shit?” The story was reposted by her first, who called it “disrespectful” and “foul.” “Exactly why we stay away from celebs most of the time they suck! cheap asf!” she added. 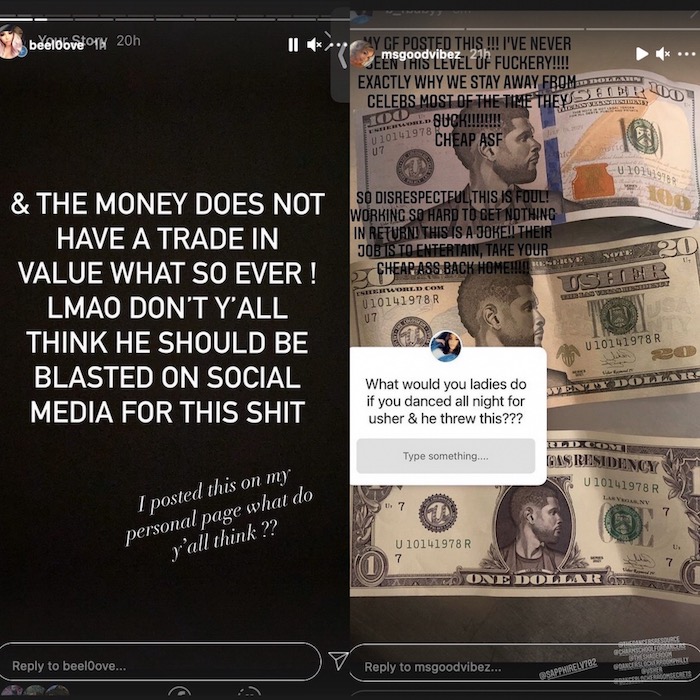 Usher is getting ready to start his Vegas residency on July 16 at The Colosseum at Caesars Palace. He was first seen promoting it with his Usher Bucks earlier this month on Instagram. Now that he’s taken the currency to the strip club, fans are going in on the singer on Twitter with hilarious memes, and Usher Bucks began trending on Monday (April 12). 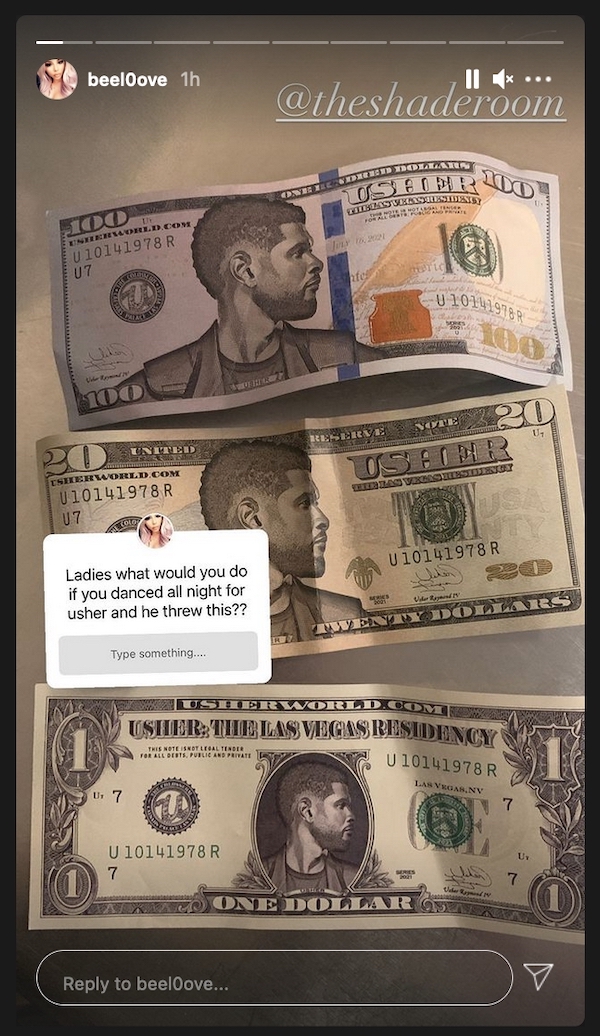 Interestingly, the R&B singer is still getting loads of promotion from the controversy. Could this be what he intended all along?

So y’all mad at Usher for using made up currency but praise Elon Musk for making y’all buy Bitcoin pic.twitter.com/2pkeLyGo8O

Usher better look like going back to that strip club & give them girls REAL money. You’re wrong for that. Strippers, sex workers, ITS ALL REAL WORK, and u scammed them hard working girls. Ur net worth is 180 million. U know u sleezy for this shit. They gave u a service, pay them. pic.twitter.com/SMbpy6qH16