Critics of the dancehall legend, who is aptly called ‘Worl’Boss,’ proclaimed in 2014 ahead of his sentencing that if convicted, the life and career of the controversial but highly gifted artist would be effectively over.

Fast forward to 2021, and a lot has changed from 2014 when Kartel was convicted and sentenced to 35 years to life for the murder of a former acquaintance, and now, the world in the throes of a pandemic. While things have changed, it has also remained the same as Vybz Kartel’s dominance spreads from jail and continues to top the charts locally and abroad.

One thing has been missing, though, and that is the stage presence of the artiste, which is a very common factor in the dancehall space in Jamaica. Fans and DJs tend to give more ‘fawud’ to DJs who are present. But that isn’t the case with Vybz Kartel.

According to ZJ Chrome, the producer of Vybz Kartel’s No. 1 track “Clarks,” which also launched the career of Dancehall superstar Popcaan, he feels that Kartel has in some respects faded from the dancehall scene as is natural with artists who are around for a long time but his dominance in untested given his cult-like fan base.

“I would say yes and I would say no. Yes just like any other industry the people move on, and the music changes and evolves and you have new people who are more relevant in dancehall. But he still has one of the biggest fan bases in dancehall and his streaming numbers are definitely one of the top three in dancehall.” 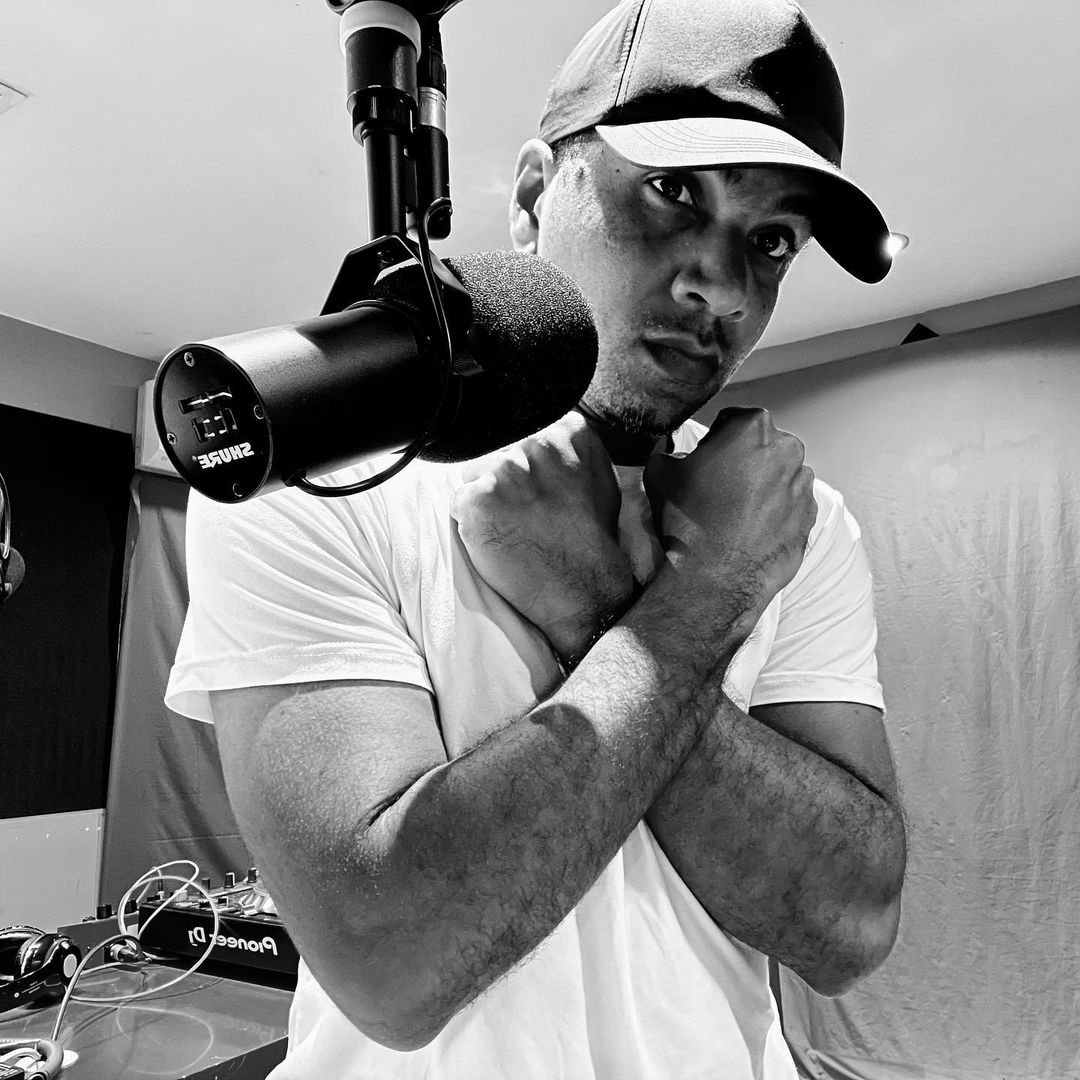 “As it relates to the streets maybe he’s losing a bit of the streets because of a lack of presence but his fans are the die hearted fans that stick around, so he’s fading but that’s the natural fade if you ask me because no artiste stays on top forever, but he’s still even with his fading his numbers says he’s the best out there.”

ZJ Chrome says that even though Kartel is not here, not much will change as long as fans are getting the type of music they expect from their favorite icon.

What is perceived to be a fading might also be something the artiste is aware of. In 2019, he dismissed YouTube trending and views as a mark of relevance and called it a “kid’s game.” At the time, fans and critics reacted to his Rock Pop song “No Ok,” which many said sounded like a Disney movie soundtrack- something that is also almost a compliment as the artiste’s versatility was once more on display as he sought to expand his fan base to a new genre of music previous dancehall artists have not ventured to do.

“Vybz Kartel is bigga dan YouTube trending…lef it fi di kids… Gold n Platinum ai pre,” he said. No doubt his reference was to his streaming numbers, such as his RIAA Gold Certified “Fever.”

In spite of those criticisms, Kartel was the most streamed artist in 2019, and in 2020, he still had the most collective YouTube streams at more than 12.5 million views up to the first part of the year.

Vybz Kartel is now known one as one of the most prolific dancehall artists alive and to have lived.

It all began when a young Adidja Palmer dropped out early from Calabar High School to pursue his musical passions. Palmer came from a strict home where education was a priority, but at the height of that decade was the sweeping popularity of reggae music and the rise of dancehall music, and the lure was too strong for the young Palmer.

Soon he called himself Adi Banton, after his inspiration figure Buju Banton and in 1983, at the young age of 17 years old, he recorded his first single, “Love Fat Woman.” It wasn’t long after he joined the budding “Alliance” group led by the enigmatic and widely controversial artiste Bounty Killer. His rise to stardom started with his skills as a writer for the Grung Gadzilla, and he quickly becomes one to look out for as a promising rising star. This is also where he met his future rival Mavado.

It wasn’t long after he left Alliance, dissatisfied with the way things were going and set out on his own as an independent artiste- something many Alliance members viewed as being ungrateful, and if you are born in the Caribbean, there is no greater sin than to be ungrateful!

Nevertheless, the young Palmer had talent, and fans who had an eye and ear for good lyrics were drawn to him. This was the beginning of the passionate or, as one former Prime Minister of Jamaica called it- his ‘rabid’ fans base called Gaza. Of course, at the time that Palmer was rising, clash culture in dancehall was the greatest way to launch an artiste’s career, and so his beef with Mavado led to one beef after another while their loyal fans drew battle lines as they identified as either Mavado’s Gully or Kartel’s Gaza. The war touched every section of society as Kartels dominance spread- from the ghettos in the inner city to high schools. Police say the feud over Gully vs. Gaza was responsible for several murders and shootings along Mannings Hill Road. 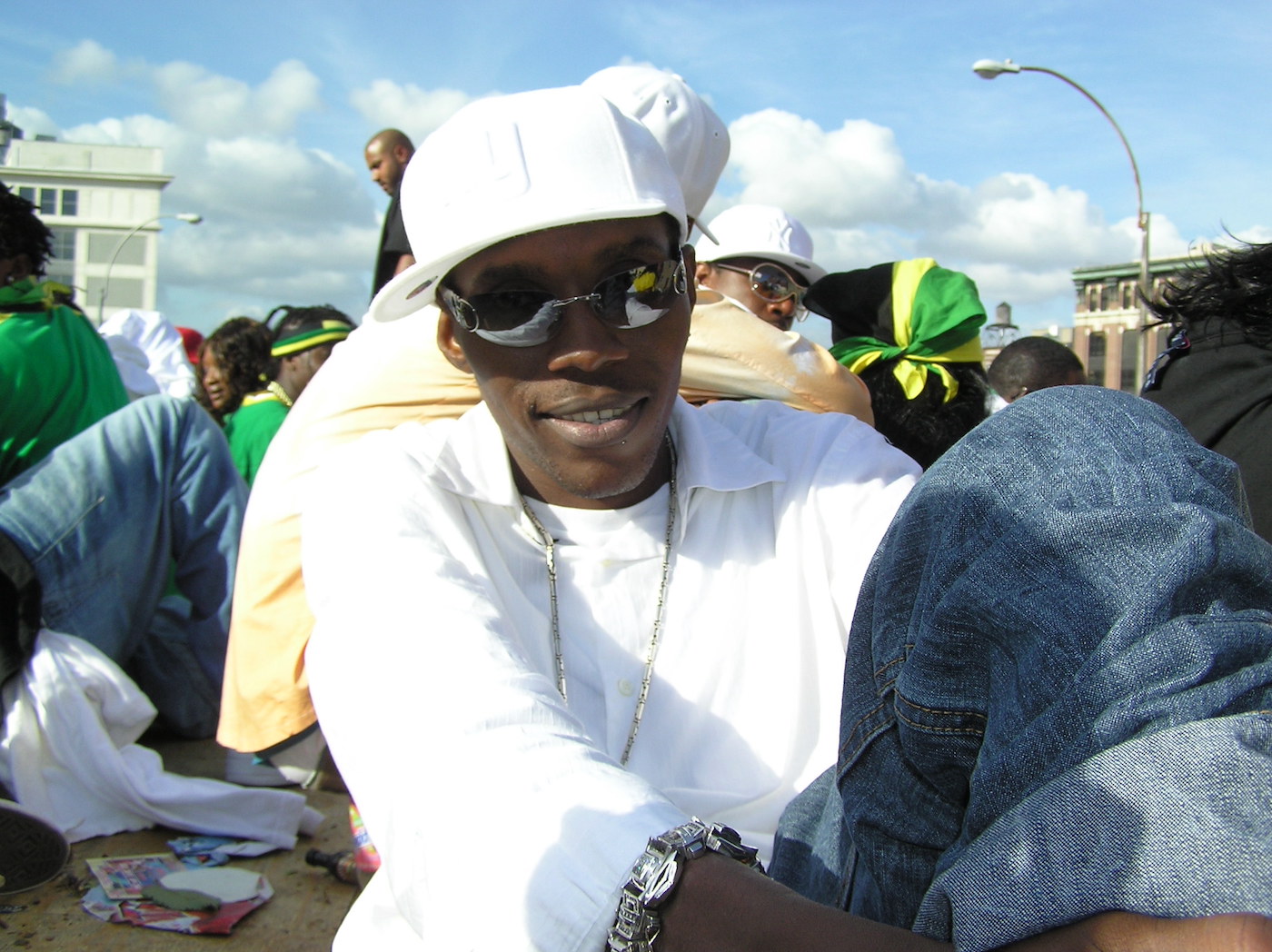 By this time, Vybz Kartel was now known and respected as the top dancehall act by fans and critics alike as he formed his own Gaza camp, which included the likes of Jah Vinci, Popcaan, Gaza Kim, Lisa Hyper, Black Rhyno, Meritol, and others. Soon though, they became aware of the dark personality that is Vybz Kartel. His life became characterized by controversy as rumors swirled that he would beat his artists, and deejay Gaza Kim showed photos of her face battered, which she says were as a result of her and her brother being attacked and beaten by men at the direction of Kartel.

Kartel, however, did not accept responsibility for the incident; instead, he condemned violence against women and girls. Gaza Kim was eventually expelled, and not long after, one by one, the other members of the camp were also expelled for one reason or the other.

In the years as Vybz Kartel, the artist, unfolded, he also became a father to three children with his common-law wife Tanesha ‘Shorty’ Johnson, and he also fathered children with a number of other women.

The controversy with Kartel also included the move to bleach his skin, changing from a person with a darker skin tone to someone several shades lighter- at one point, his skin tone was almost white.

In spite of this, support for him did not wane, but he became rather more popular. He also thrived musically as he released dozens of hit songs and toured the world, becoming a global style icon and even appearing in video games.

Up to the time of his arrest, his income is said to have been eye-watering from his many business ventures that included his Street Vybz Rum, condoms, cake soap, and Clarks footwear, along with his music that was also becoming streamed globally.

The years prior to his arrest saw a number of hits released as Kartel dominated the space, making it hard for other dancehall acts to get the level of attention he was enjoying.

With digital music streaming starting to gain traction, he quickly re-arranged his strategies to meet the changing ways fans consumed music. This move would prove to be a lucrative new stream of income for Kartel. It is arguably the most productive and long-lived, which also assists with keeping him relevant behind bars.

Although he previously saw Billboard success in 2009 with “Romping Shop” featuring Spice, his album debut on the chart came in 2011 with Kingston story, a digital album and later an extended version in 2012, debuting at No. 13 on the chart. This was the beginning of Kartel’s streaming dominance.

He also received wide acclaim for his album “Roots and Culture: the Voice of the Jamaican Ghetto, in 2013, and that same year released a number of hits that continue to be fan favorites today, including –”Georgina,” “Punani a mi best friend,” the shocking and controversial song celebrating oral sex “Freaky Gal” part 1,2,3; “Benz Punani,” “Why Pree,” “Summer Time,” “Bike Back,” “Cake soap”- which set off the trend among Jamaicans to bleach their skin, “Touch a Button,” are just a few notable songs among the 50-odd songs he released.

He also received success for Kartel Forever: Trilogy in 2014 and Reggae Love Songs and Other Things also released in 2014. Following his arrest, his hits continued to resound with the release of Viking (Vybz is King) which peaked at No. # on Billboard Hot 100 in 2015 and the widely successful “King of the Dancehall” debuting at No. 2 on the chart in 2016 and he was certified Gold by the RIAA for the song “Fever” released in 2016. He has since released dozens if not hundreds of songs since his pre-incarceration days.

Some critics feel that the artist has been releasing too much music that isn’t having the same impact. However, a check shows that Kartel is among the top five most-streamed artists for dancehall on Audiomack each week.

Additionally, one music producer who requested anonymity says Kartel may be a bigger influence in jail as if he was out of jail. He asserts that many of the new young artists are trying to become the next Vybz Kartel.

“Some [new artistes] look up to him but they will try not to do it intentionally. Some people admit it and some don’t. Some don’t because they have a market strategy and they are using that to create a fake illusion of being anti-Kartel and using that to get a buzz when Gaza fans react,” he said.

The producer says Kartel’s influence can be seen by the way young artists are mimicking aspects of the artiste’s personality and style- his creativity, and selling themselves by starting controversies which Kartel did back in the day but nowadays that is now akin to trending online.

“It’s like the deejays who all want to be like Shabba…whenever an artiste is at the top you always find a string of young artists deejay like him in his era in hopes of getting the kind of success he has and they study and copy him.”

Meanwhile, when asked what he thinks accounts for Kartel’s longevity and if he foresees it to continue into the future- especially in light of Vybz Kartel’s appeal of his murder sentence to the Privy Council in England, he says nothing is likely to change given Kartel’s fan base.

“He’s getting public buzz but also the streaming numbers. He has a loyal fan base that reacts and responds immediately. Just watch if the Teacha’ post nothing…. They instanteously react to his directions to make videos, promote and stream his music. He doesn’t need anyone else.”

Even behind bars for a decade, the dancehall deejay is the strongest artist, something that has never before been seen in the genre’s history. Other artists in jail like Ninja Man have not released any new music since being incarcerated, but Vybz Kartel continues to flood the airwaves.

“If the man is behind the bar and doing so well imagine if he is in the streets! Even before Covid he has been dominating the dancehall space. In real life he is a genius. The impact he brought to dancehall nobody has done that.”

Vybz Kartel and his co-accused, which includes artiste Shawn Campbell aka Shawn Storm, his close friends Kahira Jones and Andre St. John, have been granted leave to appeal their life sentences at the Privy Council. Their hearing is said to be sometime in 2021.

Despite being incarcerated for the past decade, Vybz Kartel remains one of Jamaica’s most influential artists. Though some may argue that his relevance is waning, his streaming numbers tell a different story.

Aside from being a musical genius, his secret to his success is his work ethics and ability to adapt with the changing musical landscape.