As promised, Vybz Kartel released a five-track project EP. The album is called Dancehall Royalty, and features his sons Likkle Vybz and Likkle Addi. Other artistes featured on the EP include Renee 630 and his right-hand man Sikka Rymes. It’s about 16 minutes long. There’s no stopping the prolific artiste who has been behind bars on a murder charge since 2011 but has released numerous projects that have dominated Jamaican airwaves.

In fact, he hasn’t slowed down at all and remains the most streamed artiste in Jamaica. This is his third project in the span of a year. The first release, To Tanesha, was also dropped in the first month of the year in 2020, and he followed that up with Of Dons & Divas last June.

Vybz Kartel remains one of the most influential musicians in Jamaica, which was shown by how many birthday greetings he got via social media yesterday, January 7. He hinted last December that he would once again be releasing music to start the new year. He shared the news with a post on Instagram along with his sons and their mother, Shorty. 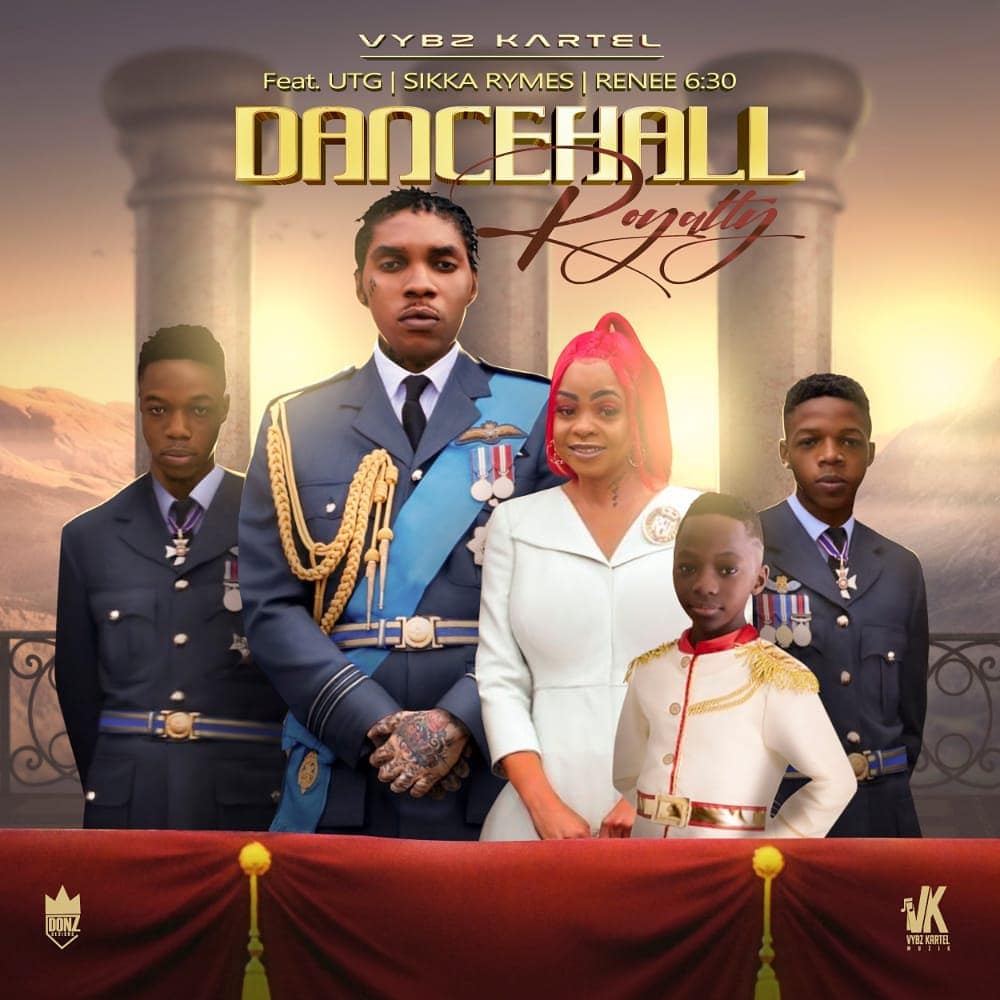 Last Wednesday, January 6, he posted a snippet of one of the upcoming tracks. He captioned that post, “this friday 1.8.21,” along with a series of tags. The album cover is a portrait of his family, indicating that they are the royal family of dancehall. So far, the album is available on Apple Music, Spotify, and Soundcloud.

He shared the news about the release early this morning, January 8, via Instagram. In a later post, he said, “#1 debut thanks to #GAZANATION”.

Take a look at the complete tracklist below: