Seems there is a new Gaza beef between Vybz Kartel’s baby mama Short and his proteges Lisa Hyper and Jodi Couture.

The Portmore Empire/GAZA has always been a place of controversy, but Vybz Kartel’s physical presence has always kept the critics at bay. Sadly, the Worl’boss’ imprisonment seems to have left a whole bunch of holes unplugged and the ladies of the GAZA are finally filling in the public on the power struggles among the female, and it seems many of it was bred out of what took place between them and Kartel while in the physical Romping Shop.

The first to break their silence seemed to be Sheba after she not only detailed the beef she had with fellow labelmate Gaza Slim but also confirmed that Kartel’s longtime baby mother, Tanesha’ Shorty’ Johnson, had no problems with it. According to Sheba, while speaking on an Instagram LIVE session with DJ Lava, “You never see me and Shorty inna no argument. Shorty no inna fighting wid gyal cause she know her position. So me no see why girl who no own the h**d have me up.” 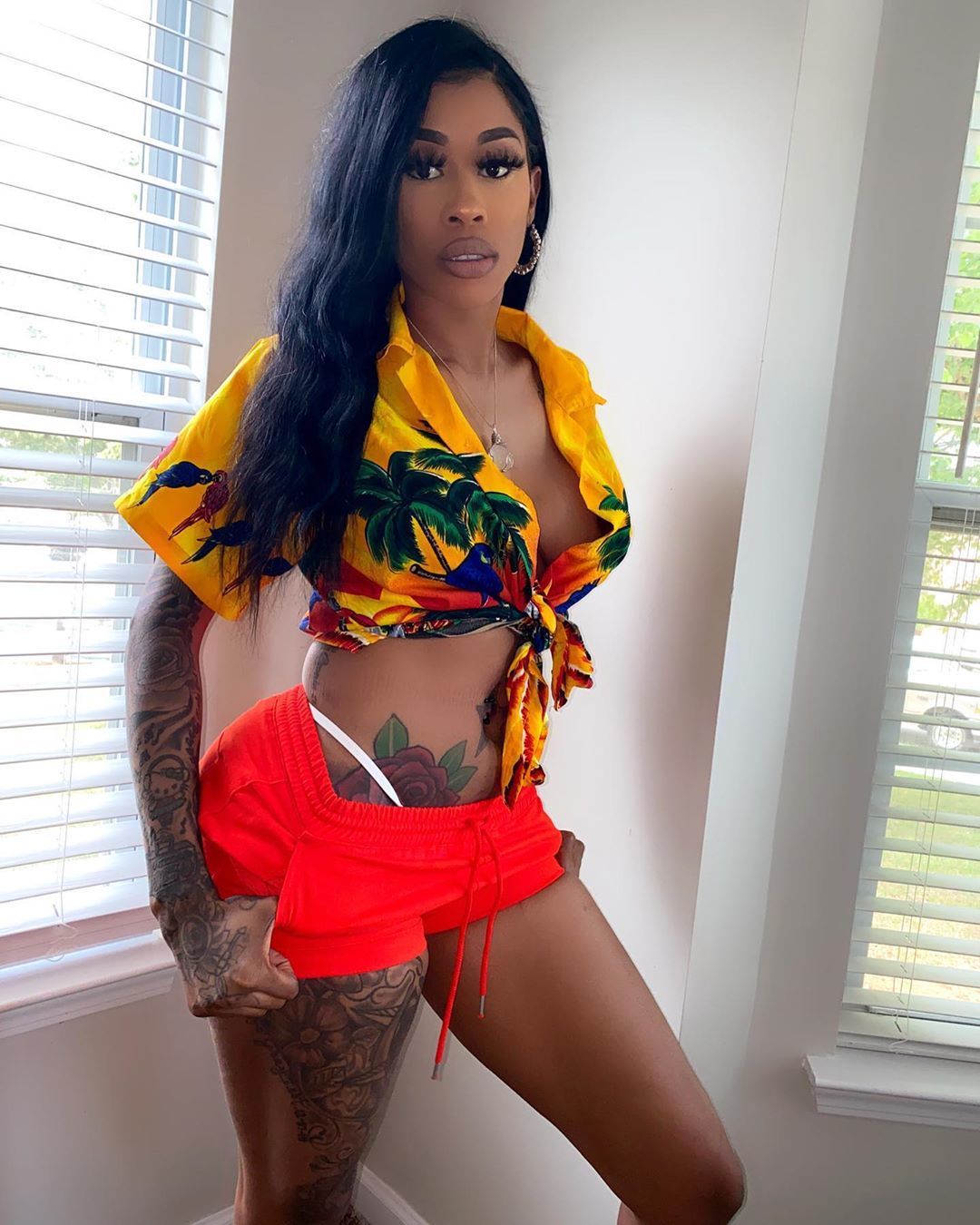 In a separate IG LIVE session, Dj Lava was speaking to Lisa Hyper when a fan questioned who was the real “first lady” of the Portmore Empire. The question was based on recent claims by US-based rapper/singer Jodi Couture of herself being the “Gaza First Lady.” Not only were the words written in her Instagram bio but she has also got some a Adidja themed ink on her shoulder, proving her loyalty. She has also released 3 singles with Vybz Kartel, “Sky Map,” “Backshot,” and “Never Walk Alone,” which landed on Kartel’s To Tanesha album that was released in January.

Jodi seemingly caught wind of what went down on Lava’s IG session and stood her ground as an entertainer meanwhile calling for Lisa and any other naysayers to keep their mouths shut. “Don’t involve yourself,” she beckoned.

“A No music make me Jodi Couture, run me file babes, so me did affi take the buss and gwaan, it bun you cause yuh a first lady and me a queen!” she continued in a fiery expletive laces response.

After much banter between Hyper and Couture, a usually reserved Shorty stood up to official lay down the law about who is boss. The Short Boss Muzik boss was celebrating her birthday. However, she decided to take to her IG LIVE to address persons claiming that she lost her position as the top female in the camp. “I am his first lady. I nuh anybody can say that. I don’t give a f**k, I don’t give a f**k who him waa have and who him waa f**k,” she mentioned.

She then posed a rhetorical question asking, “Which one a unuh can go in a di bank!!!” This solidified herself as the person managing Kartel’s finances, something that both Sheba and Lisa Hyper have also confirmed. Shorty is the mother of 3 of Vybz Kartel’s kids.

Shorty’s statement seemed set to be the end of the fight for the throne, but Lisa Hyper had a few additional details to offload and did so on a recent IG LIVE session. She clear up the misconceptions that she was booted from the GAZA after a raunchy image of her performing sexual acts on Vybz Kartel began circulating in 2010. The female deejay mentioned that she decided to leave the GAZA to better herself, but she is now back, and her relationship with Kartel is on solid ground. The hints that Jodi has no place in the GAZA continued, and one of the reasons why it is quite shocking. Lisa seemingly alluded to the fact that Jodi never had any physical relations with the Teacha. Therefore, she has fewer grounds for the title. She went on to detail the sexual history both she and Kartel shared from his early days of Addi Banton.

In what seemed a direct shot at Shorty, she mentioned, “And me a f**k him before some a dem wa a come out come talk is just that me did young a me know who him is. Me no wa inna fi dem place cause my head sick and two bull can’t rule inna one pen…So me no grudge dem … me affi have some type a control inna my life, me a mad gyal.”

In a show of love for Kartel, Hyper expressed that she would die for Kartel – someone whom she has known from the tender age of 5. She continued her emotional rant by addressing Shorty’s earlier claims of not being able to go to the bank. “You know how much bloodcl***t people him a help – Dem a talk bout nah go a bank,” she expressed before finding the strength to stop herself from saying anything else pertaining to the situation.

She ended in the video on a quite controversial note, stating that “Sharing is f**king caring,” before dropping info on her upcoming albums Phoenix, which should contain all new songs and a reggae project titled Matriarch.