Protests are continuing to draw huge crowds across the country in response to racial injustice and police violence in America over the last week, including a Los Angeles event that attracted over 50k attendees. In addition to many other celebrities who showed up to show support and solidarity, rapper YG used the historic moment as a backdrop for his music video for “F**k the Police.” During a short clip released by TMZ, the Compton native can be seen facing the camera in a sea of protesters who are chanting the lyrics and dancing.

While the L.A. protest was minimally policed and remained peaceful, other areas of the country have experienced violence at the hands of militarized police forces while attempting to peacefully protest. 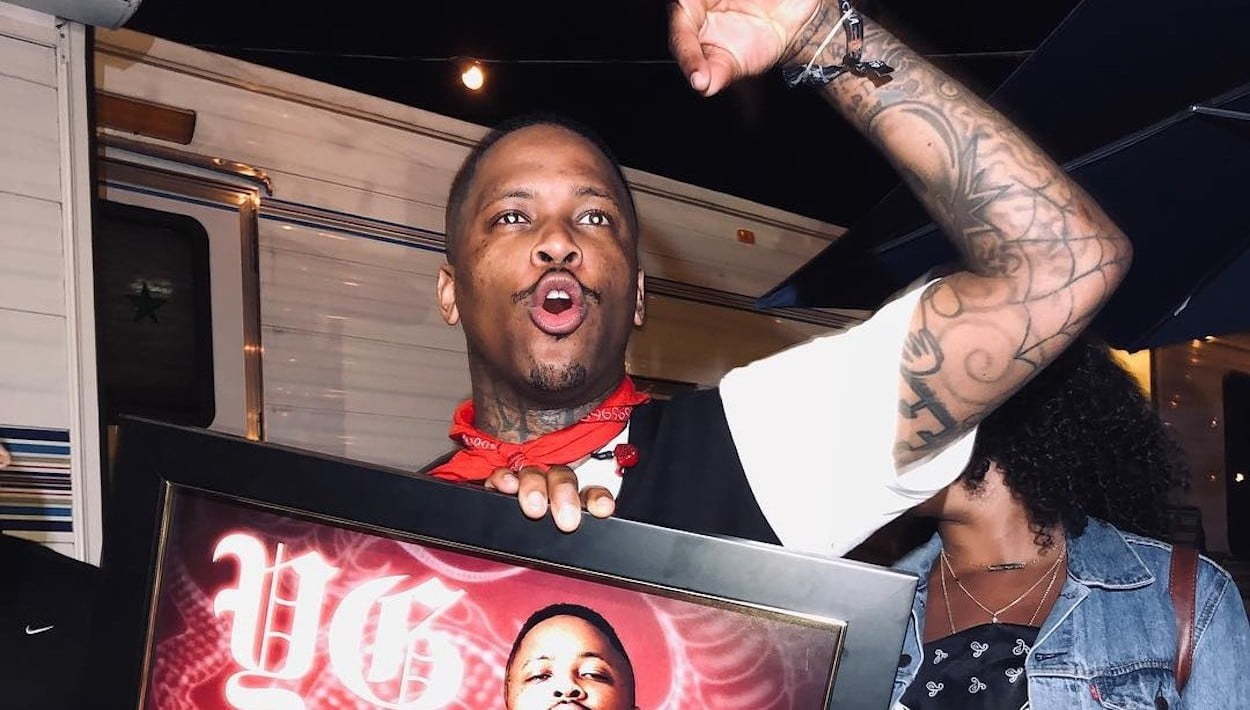 YG’s choice to film his video at a protest may seem opportunistic to some, but others argue that his decision to use the phrase popularized by NWA in the 1990s is appropriate for the circumstances, resonating just as deeply today with many Black Americans who feel that the institution of policing in America is in direct opposition to equality.

The L.A. protest included some of the biggest names in entertainment, including Jamie Foxx, J Lo, and Marlon Wayans. This large celebrity presence and the financial involvement of several major corporations is just one way that the current movement seems to be markedly different from past responses to incidences of police brutality.

In addition to the continuing discussion that seems to be staying in the headlines rather than falling by the wayside, policy changes and significant shifts within local governments have also been occurring across the country, making some activists and supporters express their optimism for the future of racial justice. While YG’s song may be well suited for the times, let’s hope that we are headed towards a future where such righteous anger is no longer necessary.

For anyone out there talking I don’t question your advocacy and don’t think you should question mine. See you gotta understand that a lot of people out there they see me as a N*gga. They don’t see the black proud man. They see a kid from Bompton and they expect violence. They hear FTP and they think I’m gonna come and burn my city. So we showed up and did it right. We proved them wrong. The real story here is me and Black Lives Matter brought out 50,000 people today to peacefully protest and unite for change. I wanted to document that so when they hear this song and think we are reckless and violent they see a peaceful protest of all different people coming together for a common cause. That is history. That is breaking down these stereotypes on our people and our neighborhoods. All of us protesting are on the same side here..instead of questioning each other’s activism we should be directing that energy at the cops and the government and helping to create the change we want to see. Stay focused and stop that social media judgement without knowing facts and hurting a cause we all a part of. We got a real enemy and it ain’t eachother. On my momma! ? @yakooza