Lil Keed and Gunna had to abort their music video shoot after gunfire erupted on the scene, and now Young Thug is addressing the reports.

Gunna is fresh off his first No. 1 album, and he is still putting in the work. After recently collaborating with his YSL labelmate Lil Keed on their new track “Fox 5,” Gunna was spotted on set of a music video for the song on Monday, which saw a scary turn of events. In a short clip that has been circulating online, Gunna is seen interacting with the camera while motorcyclists perform stunts behind him. There were a number of people on set, which did not become evident in the footage until gunshots rang out in the neighborhood where they were filming.

Everyone quickly dispersed, and as the camera lens was then focused on everyone’s legs briskly departing the scene, the motorcycles could be heard speeding off. Young Thug addressed the shooting in a video clip on IG, saying that they are responsible for the shooting. “Anytime you see shoot outs and shooting and anything we involved in, know we the ones who done did it,” Thug said.

Thankfully everyone seemed to scamper off safely with no injuries being reported from the incident. Lil Keed later took to Instagram to share some still shots from the music video. Keed captioned the first set, “Fox 5 ft gunna soon.” He also shared a second post with more behind the scenes photos with the caption “Dooms Day” with the zipped lips emoji which seemed to allude to the temporary disturbance that occurred earlier at the shoot.

Lil Keed’s locks were dyed blonde to avoid clashing with Gunna, who rocked a brighter than usual red head dread style. Their edgy fits for the visuals were also well color-coordinated from head to toe. From the photos, Lil Keed’s signature symbol, a snake can be seen wrapped around the necks of both rappers at different points. 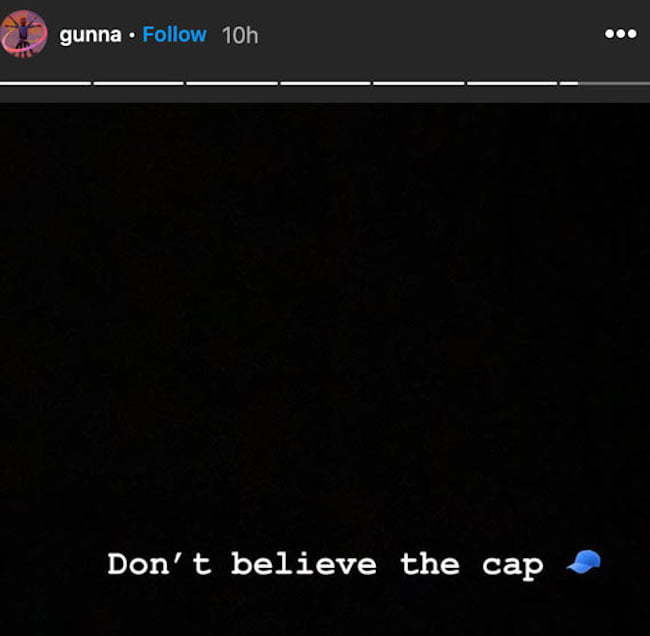 Fans were pleased to hear that Gunna and Lil Keed, along with their associates on set, were all okay after that scary episode. They can now add their experience with “Fox 5” to the list of stories to tell.

Gunshots ring out while Gunna and Lil Keed were shooting a video today. Hope everyone is safe pic.twitter.com/hR7zaJUNws