Young Thug Responds To Jerrika Karlae Abuse, “Been single for dam near 2 years”

Young Thug and Jerrika Karlae have actually been apart for longer than we thought, and the rapper says for the record, not “everything about me.”

Amidst Young Thug’s former fiance Jerrika Karlae tweeting, “Single 2021,” the rapper revealed that he has been single for nearly two years. Fans were in a tizzy when Jerrika issued a series of tweets seemingly alluding to Thugger allegedly abused her. “F**k out my mentions, if you support anything other than my happiness f*ck off and unfollow me,” she wrote. “Ppl that go out they way to show other ppls flaws to make themselves look better scare me.”

As the speculation online that the rapper and Jerrika were having problems grew thicker, Young Thug cleared the air before the story reached the eye of the media storm. “Been single for dam near 2 years now,” wrote Thugger on Instagram Stories. “Stop thinking everything about me.” This revelation came as a shock to fans who were blindsided by just how long Thugger had been a single man. Just last year Jerrika was believed to still be engaged to the Atlanta rapper, or it at least seemed that way during her interview appearances. 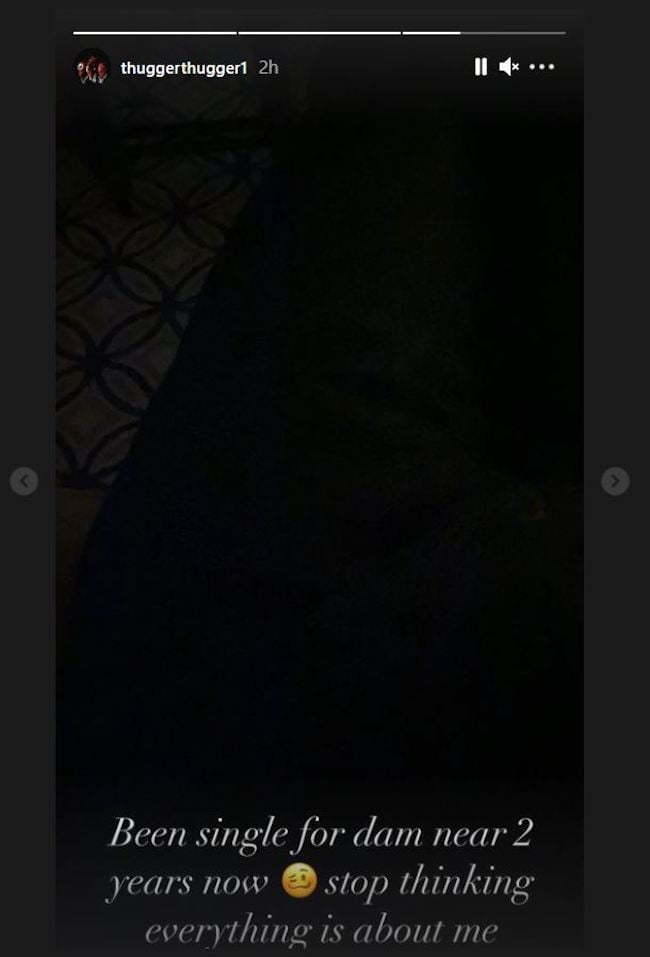 However, for more than a year, Young Thug has been disengaged and enjoying life the way single men do. I guess it was hard to tell because the rapper hasn’t been spotted with a new flame. This year, Thugger was focused on other things. He earned a pair of Billboard Top 10 hits in 2020: first with the successful release of his Slime & B mixtape with Chris Brown that spawned the smash hit “Go Crazy,” which peaked at No. 9 and topped the Mainstream R&B/Hip-Hop chart; then with his second career No. 1 for his guest appearance on Travis Scott’s “Franchise” which also features M.I.A.

Do you think Young Thug’s longtime partner-turned-ex-fiance was the only woman for him? Is there hope for these two, or is the rapper way past that?